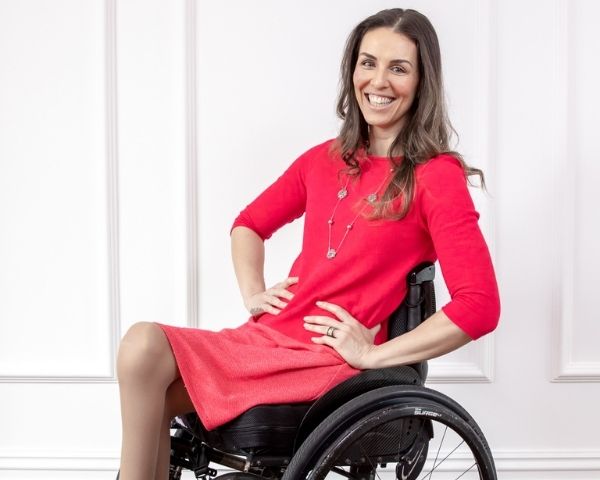 The London Fashion Week will start on 18 September and the highlight this year is a film on inclusion in fashion that will be launched by Paralympian turned model Samanta Bullock.

Those tuning in to the London Fashion Week this year can look forward to watching some innovative ideas coming their way.

The four-day-event, from 18 to 22 September 2020 will event will start off with a thought-provoking film on diversity which depicts different people with disabilities, be it a wheelchair or a prosthesis.

The film shows them using their disability as a source of power and not the crutch that people perceive it to be. Premiering the film will be Paralympian turned model Samanta Bullock, who took part in the London Fashion Week for the first time in 2017, fulfilling a long-cherished dream.

Samanta paraded down the catwalk as an ambassador for the non-profit Models of Diversity.

To include, you need first understand the meaning of difference – this is the real meaning of equality. This is my purpose for each action – to bring people together with the same goal and who believe in these words as much as I do. This is how we become a family and how we make this representation and inclusion cause increasingly expressive through fashion. – Samanta Bullock, Paralympian turned model

Fashion impacts everyone without exception which makes it a powerful tool. It has the capacity and power to make everyone feel they belong, loved, welcomed and supported. The way we dress expresses our personality and no person with disability should be denied this.

Around 15% of the world’s population, or an estimated one billion people, live with disabilities. They are the world’s largest minority according to the World Health Organisation (WHO). However, at the moment the percentage of representation of people with disabilities in the fashion industry is a shocking 0.1%.

“Inclusion Equality – I will never get tired of saying how important these words are”, says Samanta.

The film aims to show the realities of resilience, richness is diversity and authenticity that creates visuals off something that inspires and brings people together to actively participate in this change.

The video is filmed in an open space, so each person is seen in their most real and authentic way and to propose new ways of advocating for inclusion.