A powerhouse of positivity, Samyak Jain is looking for opportunities to experiment with his skills 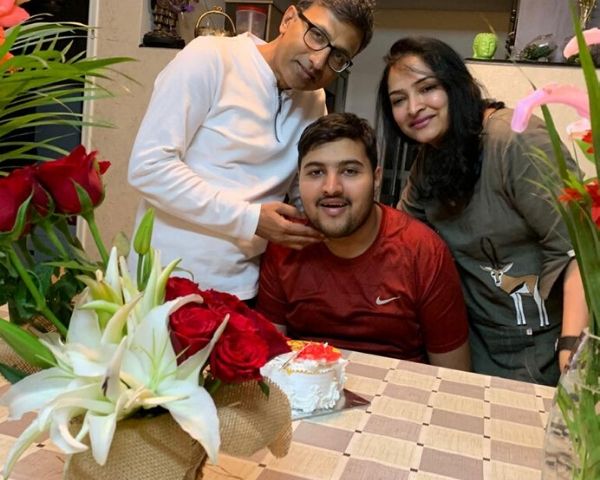 Samyak Jain, a 19-year-old youngster from Bengaluru is epileptic. But he is a powerhouse of energy and positivity. His mother Preeti and father Ravi are looking out for opportunities where Samyak can experiment with his skills. They hope that their son will get more platforms that can keep him motivated.

19-year-old Samyak Jain is a powerhouse of energy, zest and all things positive. This youngster started having seizures when he was in class 9. Life took a drastic turn for Samyak ever since then. But his parents Preeti and Ravi have stood by him through all the tough times. They are now looking out for various ways in which Samyak can be empowered in the future. The family hopes that people will come forward to provide opportunities to Samyak so that he can showcase his skills and also boost his self-esteem and confidence.

Growing up with a disability

Preeti says that Samyak was a healthy young boy, talkative and intelligent as a kid. He was diagnosed with mild dyslexia when he was around seven years old. In spite of that, Samyak was active in sports and experimented different avenues to his full capacity.

I remember we had a huge problem due to his mild dyslexia. It was a big deal for us back then. By the time he reached class nine, Samyak became a slow learner. Schools were also not willing to accept him due to his disability. Moreover, Samyak underwent many emotional and mental trauma because his peers harassed and discriminated him owing to his poor learning skills. All this was affecting him. So we kept changing schools. – Preeti Jain, Samyak’s mother.

According to her, that was the only big struggle that the family faced. Less did the family know that bigger challenges were awaiting them.

It was while in class nine that Samyak had his first seizure. It was an epileptic attack that changed his life forever. Samyak had to be on medications for the rest of his life. But what created panic in Preeti and Ravi were the constant attacks that he had. This affected him physically too.

“Once while riding his cycle, Samyak had seizures and he fell down and broke his head. There was blood all over. Such things hurt us also really bad as parents”, says Preeti.

Since the past few years, Samyak has been getting seizures quite often. “Doctors cannot really tell when exactly a person gets seizures. They told us that we need to get used to that journey because it is different for different people”, adds Preeti.

Due to the constant attacks, Preeti and Ravi has restricted Samyak’s movements. He is constantly under the watch.

Looking at the brighter side

Samyak discontinued school after class nine when his first seizure happened. He later went to the Spastics Society of Karnataka where he got a lot of support.

“Now, it’s a reverse journey for us. So we started teaching him alphabets and numbers now. When it comes to disabilities like autism or Down syndrome, parents can start training their children from a young age to become independent and self-sufficient. In Samyak’s case, we have to start from the beginning now because he is grasping things very slowly”, says Preeti.

Recently, Samyak participated in a fashion show organized by NGO Aasman Foundation. The show that happened in the end of February was exclusively for disabled people. Preeti says that walking the ramp has boosted Samyak’s confidence.

“Ever since the show, he is a different person now. He is more confident. Samyak loves meeting new people and the show gave him an identity. So the event was one of the best things that happened to him”, says Preeti.

The family is looking out for opportunities where Samyak can experiment with his skills. He needs more platforms that can support and motivate him. Preeti and Ravi are settled with their children in Bengaluru.

“Samyak grew up as a normal child. But we never knew that God has gifted him these attributes to make him ready for a bigger battle which he is currently fighting against. I’am truly blessed to be the father of this pure soul, who despite his own challenges, inspires us and. He makes us motivated, yet calm and grounded”, says Ravi.