The future of physically disabled cricket in India is under a cloud. This is after the head of one of the groups in the All India Cricket Association for Physically Challenged issued a statement accusing some other senior members of malpractice in the appointment of key officials in the recent elections to the AICAPC.

The uneasy alliance formed between India’s top disabled cricketing bodies has come apart. This is less than a year after the India Divyang Cricket Team lifted the trophy at the T20 Physical Disability World Cricket Series.

Ravi Chauhan, Secretary General, Physically Challenged Cricket Association of India (PCCAI), which is a part of the All India Cricket Association for Physically Challenged (AICAPC), has accusing some senior members of another group of unfair practices in the election to the management committee. The BCCI had called upon the physically disabled cricket associations to form a committee to supervise the game’s future.

In a letter to the Board of Cricket Control for India (BCCI), Chauhan claims the new management committee is largely dominated by members of another association which had been formed by the late cricketer Ajit Wadekar.

The old AICAPC (owned by Ajit Wadekar sir) is trying to get out of the umbrella and wish to revive their old association. This is done now. Recently they called all their old members and selected a new management committee which has only Bombayites. It seems their vision is only focused to Mumbai. This is without informing the majority of the managing committee members of the combined umbrella. – Ravi Chauhan, Secretary General, Physically Challenged Cricket Association of India (PCCAI) 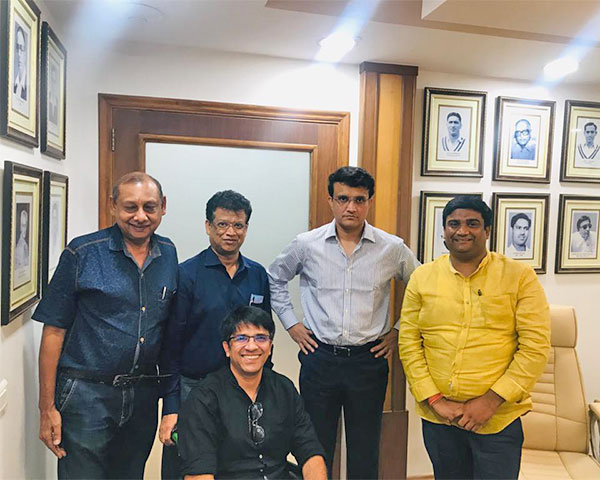 Charges that Karsan Ghavri, Chairman of the managing committee for physically disabled cricket, has dismissed. “I completely deny the allegations”, said the former Indian cricketer to NewzHook. “Everyone was called to take part but many of the applicants were disqualified as they did not fill the required documents. They were all given enough time but did not respond”.

Of the 13 members in the new committee, five are from Mumbai. The rest, says Ghavri, are from cities like Kolkata and Delhi. “So, it is unfair to say this is Mumbai-dominated”.

Worried about impact on future of physically disabled cricket

The controversy, fears disability rights activist Pradeep Raj, is doing to be a setback to the future of Indian physically disabled cricket. Raj, who was the media manager of the India Divyang Cricket Team, says the infighting has broken out at a time when the BCCI had promised support for the players.

“When the election call was given in December, none of the other associations were called”, says Raj. “The BCCI had asked the different physically disabled cricket associations to merge and hold elections for a managing committee. Now with the umbrella group falling apart, the BCCI support looks doubtful”.

Raj says it is unfair that the new committee is largely made up of non-disabled people. “Someone like Ghavri who is not disabled has been made the chairman which is wrong. They are not entertaining any complaints either”.

The coming together of the various groups was dogged by controversy from the start. Even before the world series, infighting had started between the four groups representing physically disabled cricket in India. This new controversy is a sign that those differences were never adequately resolved.