Founder of ‘Prateeksha’, social worker Sheeba has projects lined up for people with disabilities 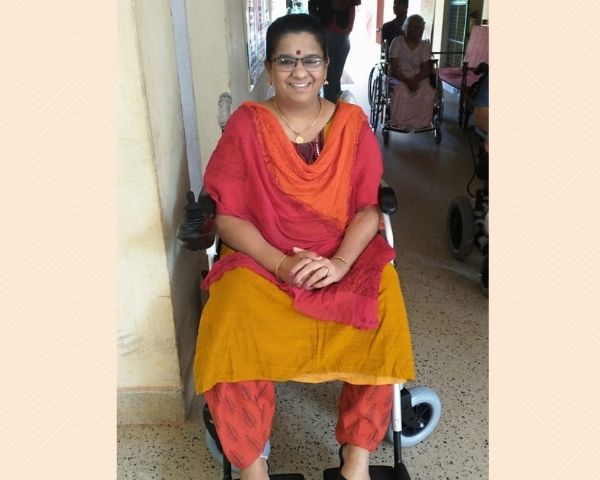 Sheeba, a 50-year-old wheelchair user from Kerala was diagnosed with Spinal Muscular Dystrophy. She is the founder of ‘Prateeksha’, an organization that empowers people with disabilities in Kerala. A social worker who has her priorities set, Sheeba has many projects in the pipeline.

50-year-old Sheeba, a wheelchair user from Trivandrum in Kerala was diagnosed with Spinal Muscular Dystrophy (SMD) at the age of 26. She is the founder of an organization called ‘Pratheeksha’ that aims to empower people with disabilities in Kerala. A social worker, Sheeba, whom her close ones lovingly call ‘Mini’ has spearheaded many projects for Kerala’s disabled community. She talks to Newz Hook about her journey.

A disability later in life

Sheeba recollects that social work was something close to her heart since childhood. Being born into a middle-class family where all her basic needs were fulfilled, Sheeba led a happy life. She was married off at the age of eighteen and gave birth to two sons. She had only completed her pre-degree when she was shouldered with responsibilities of a family.

“My husband was not too keen on me spending time for social work, so he stopped me. But a few months before his death, he urged me to start following my dreams. Maybe he had a calling that his last days were near and he wanted me to start pursuing something”, says Sheeba.

After her younger son’s tragic death a few years ago, Sheeba found solace in helping the needy. Talking about her SMD diagnosis, Sheeba says that when the symptoms began, she immediately took a diagnosis. “My sister had SMD too. So I knew all the basic symptoms. I used to fall occasionally and couldn’t even stand up and walk straight after a point of time”, she recollects.

“I find solace when I help the needy”, says Sheba. Reaching out to people with disabilities, especially those struggling to make their ends meet, was her main priority. There were a handful of reasons behind starting her own organization.

There are numerous programs, schemes and policies for disabled people provided by the Kerala state government. But most people do not know how to avail them. ‘Prateeksha’ helps them with such works. Under Sheeba’s leadership, they hold get-togethers and cultural events. They are provided a platform to showcase their skills. Team ‘Prateeksha’ also collects funds and provides grocery, school kits etc. to those who are in need, mainly from the disabled community.

“I feel so happy when I see their smiling faces. All my work is paid off”, says Sheeba who started the organization two years back. She further adds, “There are many projects in the pipeline, but I haven’t been able to take them off due to Covid crisis. People with disabilities must understand that a disability is only in their body and not minds. Try to become independent and live your life in your own terms”.