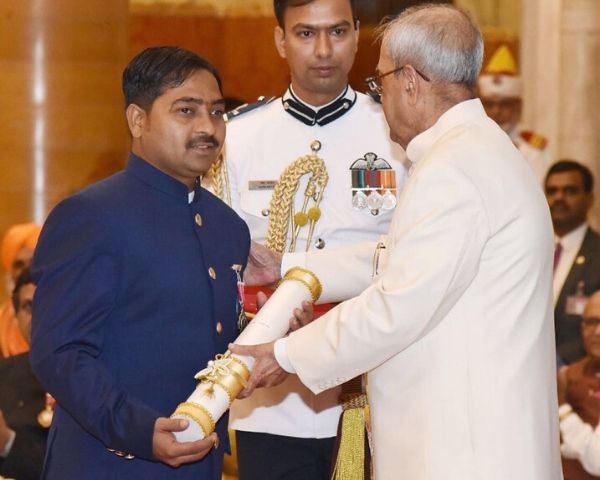 Karnataka’s blind cricketer Shekhar Naik was honored with Padma Shri in the year 2017 for his remarkbale performances in the game. Shekhar was also the captain of India’s blind cricket team. He has also won many state and national awards too. After the lockdown was anounced, Shekhar lost his job and is now struggling to make ends meet to feed his family of four members. Shekhar is in dire need of a job and has been knocking doors of government offices to employ him under sports quota. The para cricketer talks about his struggles

A full-fledged presence in Karnataka’s blind cricket in the early 2000’s and then captain of India’s blind cricket team, Shekhar Naik needs no introduction. This 33 year old para cricketer has made India proud at many international venues. Shekhar was the only blind cricketer to be honored with a Padma Shri. But this youngster is struggling to make ends meet to feed his family of four. Due to the Coronavirus spread and lockdown, Shekhar has been left without a job since last March. He was supporting his family with a meagre income and now even that has stopped.

Shekhar is now requesting the government to provide him with a job under sports quota so that he can take care of his family that includes his wife and two young daughters.

Shekhar was born at Shimoga in Karnataka. Due to a hereditary condition, he had a visual impairment from birth. In fact, 16 members of his family, including his mother, had the condition. After losing his parents at the age of eight, Shekhar stayed in hostels for around 12 years. Along with studies, he pursued cricket too. Shekhar also completed his under-graduation before taking over cricket full time.

Under Shekhar’s captaincy, India’s blind cricket won the 2012 T20 World Cup title in Bengaluru and the 2015 ODI World Cup in South Africa. Apart from being honored with Padma Shri, Shekhar has been presented with Karnataka Rajyotsava Prashasti Award. This is the second highest civilian honor of the state of Karnataka.

The struggles of a para cricketer

Until the lockdown, Bengaluru based Shekhar was working with a private firm which had to cut down its operations from March. Ever since then, Shekhar has been at home without a job. His family comprising of wife Rupa and daughters Purvika and Sanvika rely completely on him. Rupa is also partially blind.

“There are many visually impaired people who have been affected by the lockdown. I’am one amongst them. I have played cricket for eighteen years and fourteen years for India. I have also brought home many laurels and the Indian government has also conferred many awards on me. But these awards don’t feed me. I need a government job so that I can settle my life and my daughter’s lives better”, says Shekhar.

The NGO Shekhar Naik Foundation was started by this cricketer in order to reach out to blind cricketers from across Karnataka. He has also been helping numerous needy people across Bengaluru where he lives.

Since the past over a decade, Shekhar has been knocking many doors for a government job under sports quota. He met various Karnataka Chief Ministers and also Union Sports Minister Kiren Rijiju. Apart from false promises, the ministers have not provided him with a job yet. Indian cricketers who are part of the team are given jobs and hailed across the country. “Why this insensitivity towards para cricketers?”, asks Shekhar.

Any sportsperson who represents a state are given government jobs. It is the responsibility of the state to ensure that they are taken care of well.

Shekhar says that in nearby states like Kerala, para cricketers are given better opportunities. “I know four blind cricketers who got government jobs after they played for the state. Karnataka must learn from them”, he says.

This youngster has sent applications to many offices, but no one has got back till date. Some of them want him to write exams to prove his worth. “I have played for my country. That is the biggest achievement. What else do they want me to prove?”, he asks.

By reaching out to more people, Shekhar hopes that his message is going to be loud and clear. He wants a government job at the earliest so that he can take care of his family and provide good food, shelter and education to his two young daughters. 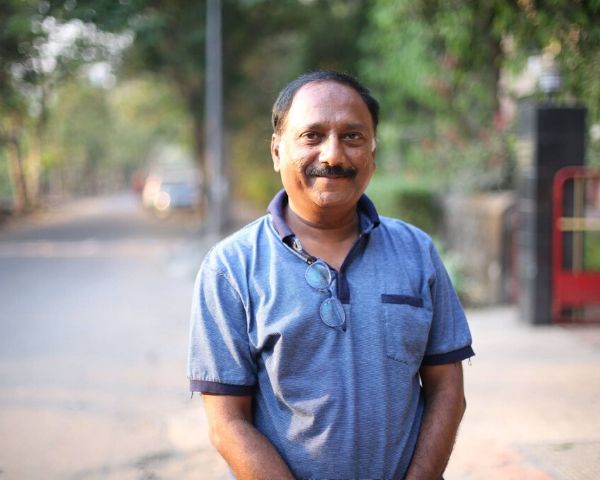 3 Gandhi family trusts to be investigated for financial misdeeds

United States formally withdraws from WHO