Sibaji Panda is bringing Indian sign language to the forefront 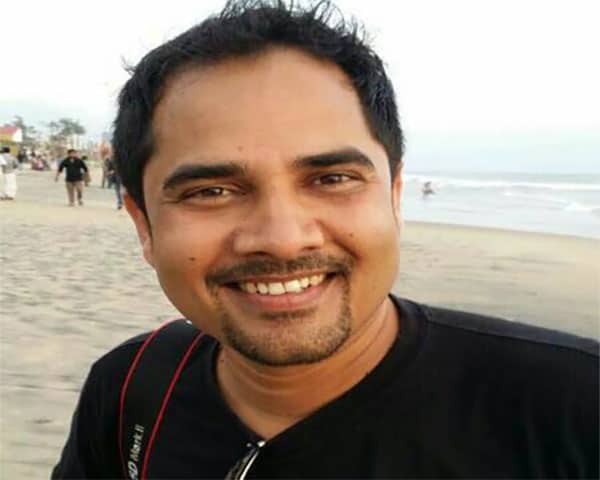 Sibaji Panda is a well-known name in the deaf community in India. This confident and self-made deaf leader and teacher has been working for the empowerment and development of the community.

Born in Odisha in 1974, Sibaji Panda lost his hearing at the age of 10. Learning sign language was not a hurdle for him as his elder brother was also deaf.

It was while Sibaji was studying in a mainstream school system that he realised the huge shortage of quality educational facilities for deaf children. After completing his initial schooling, Sibaji started working as computer trainer at the Delhi Foundation for Deaf Women .

A chance meeting with German professor Ulrike Zeeshan changed the direction of his life and Sibaji started to officially document Indian Sign Language or ISL, making him the first person in India to do so.

With the help of Professor Zeeshan, Sibaji designed the first ever ISL training course. The one- year formal course has three levels- A, B, and C and is still used by the Rehabilitation Council of India (RCI) and the Ali Yavar Jung National Institute of Speech and Hearing Disabilities (AYJNISHD) in Mumbai.

This motivated Sibaji to pursue higher education and he went to the University of New England for a masters in Applied Linguistics. He then took up the post of a senior lecturer at the University of Central Lancashire and stayed there for over a decade. While there, Sibaji worked on the development of a graduation-level course in Applied Sign Language Studies (BAASLS).

As a teacher Sibaji understands importance of deaf teachers in the life of students who cannot hear. Most mainstream schools in India do not have deaf teachers or those who know ISL, making it challenging for deaf children to understand what is being taught. It also has a negative impact on their will to pursue higher education, which in turn reduces their chances of getting better jobs.

Through various initiatives and programs, Sibaji has been actively involved in the development of sign language courses that have created opportunities for its promotion and increased awareness about ISL.

Sibaji also set up the Ishara Foundation in Vadodara that works in the field of deaf education by providing necessary support and resources. He is also providing valuable insight for the Digital Sign Language Library project that aims to convert the NCERT curriculum into ISL.

Sibaji says there is much more that needs to be done. “Given the stages of development it has come through and flourished, ISL should be a recognised language by now. Unfortunately, we are a developing country and need to fight for what is written in the Constitution. We wish to see ISL being recognised as an official language”.

Sibaji believes that inclusive education for deaf students is possible if there is an early start made.

Inclusive education In my view is only possible if we have prepared Deaf people early with written language equal to hearing peers. If the Deaf are ready only then an interpreter or access tools will be beneficial. Right now Deaf people are deprived of access to education from an early age. Everyone expects us to go through inclusive education. However, no one ever ask how it feels there? What is wrong with it? etc. hey carry on imposing half-baked philosophies no matter even if it ruins our education. Nowhere in India I have seen the right kind of inclusive education. – Sibaji Panda

Some of the ways forward according to him are to Prepare the Deaf to be ready to take on with hearing peers, provide accessible environment such as interpreters in classrooms, and make sure every students has competence in sign language. “Not every deaf person can speak or adopt to the communication used by hearing peers in school or classroom so individual diversity and choice of communication mode be respected. I think inclusive education is just a drama for next few years until they get tired with failures. But no one take responsibility for the failure and just blame it on ‘being deaf’.”

On the positive front, Sibaji is happy with the recognition for ISL today.

“ISL may not be an official language in India, however, a panoramic view may confirm that social recognition of ISL is visible. The government has established the ISLRTC and is promoting ISL. There are a handful of private businesses, government schools, universities and many NGOs that have taken up ISL activities. It is overwhelming to see such developments”.

However, there are miles to go, he adds. “We are still far behind developed nations and the government still need to do a lot more. It should recognise ISL as an official language without making the deaf community come to the street to demand their rights”. Sibaji says that reports of the shutting down of the first ever ISL cell with centers offering courses is upsetting. “Then you have the ISLRTC, which should have a strong leader as director, struggling to find one for three years. Due to such government apathy, the ISL may not get its deserved dignity in years to come”, he worries.