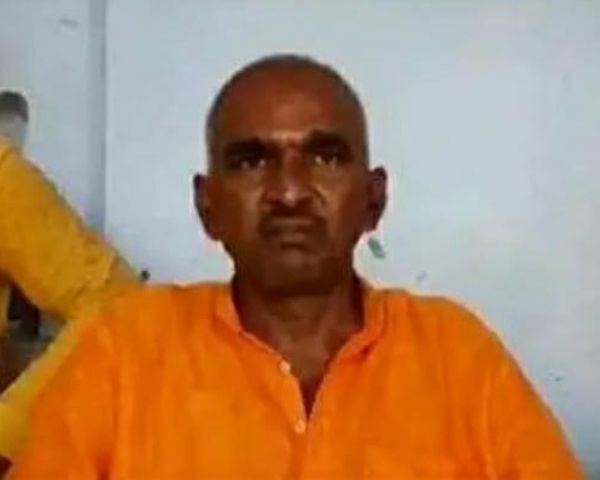 When there is a widespread outrage over the brutal gang-rape and torture of a 22-year-old girl in Uttar Pradesh’s (UP) Hathras, a BJP leader’s statements have shocked the nation. Surendra Singh, who is a BJP MP at Ballia in UP in one of his recent speeches not only blamed rape victims, but also their parents. In a video that is doing the rounds on social media, a reporter can be seen asking him why rapes are happening as people say it is ‘Ram Rajya’ (land of Lord Ram).

It is the duty of mothers and fathers to instill good values in their daughters to bring them up in a environment with culture. I’am a teacher and an MLA. Such incidents can be stopped only with sanskar, shasan and talwar. It is the dharma of me, the government and families too. While the government is committed to protecting people, families must be committed to protecting their daughters. Only sanskaar and sarkar can make India beautiful- Surendra Singh, BJP MLA.

Singh has earlier been attacked for his controversial statements. He had said West Bengal Chief Minister Mamata Banerjee is a cold-hearted woman. Last year Singh went on to say that he committed a mistake by calling Mahatma Gandhi’s assassin Nathuram Godse a terrorist.

Not just leaders from opposition parties, but people from all walks of life slammed Singh’s statements.

“The reason horrific rapes happen so often in BJP ruled states is because BJP leaders like Surendra Singh support rapists, whether it is Kathua, Unnao & now #Hathras. PM Modi’s unwillingness to act against these leaders also sends a clear message about whose side he is on!”, tweeted Congress spokesperson Shama Mohamed.

“BJP’s MLA Surendra Singh says, “Rape Cases Can Be Stopped Only With Sanskar Not Governance.” So rape victims are not Sanskari in BJP’s definition. Are it rapists? Shame on you!”, tweeted journalist Suraj Kumar Bauddh.

“Astonishing! @BJP4India , what are your MLAs saying? How is rape related to the ‘sanskar’ of the victim girl?”, tweeted film personality Bratya Basu.