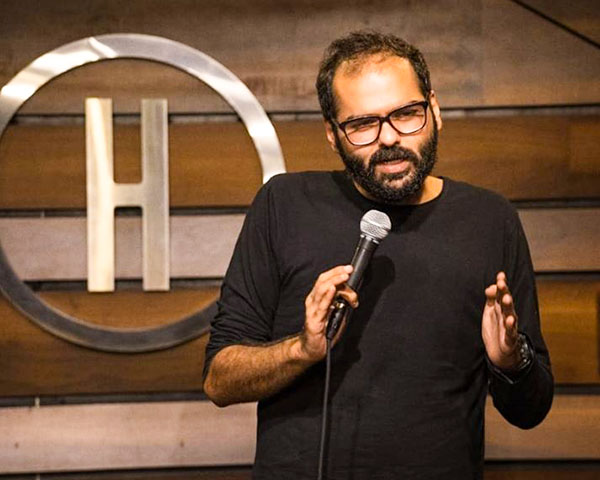 On Tuesday, comedian Kunal Kamra confronted journalist Arnab Goswami on an IndiGo flight from Lucknow. Kamra even filmed a video of the act and posted it on social media. Apart from IndiGo, Air India and SpiceJet also came forward to ban Kamra for a time period of six months.
Reportedly, all the airlines pointed out that Kamra’s on-board behaviour was unacceptable. Kamra took to Twitter on Wednesday morning to clear his stand.

FYI-Arnab Goswami was in my flight again this morning while returning from lucknow… I again asked him politely if he wants to have a honest discussion he with his verbal arrogant hand jester he asked me to move away & I did that. – Kunal Kamra, Comedian.

It was Union Civil Aviation Minister Hardeep Singh Puri who first posted on Twitter urging airlines to suspend him. “Offensive behaviour designed to provoke & create disturbance inside an aircraft is absolutely unacceptable & endangers safety of air travellers. We are left with no option but to advise other airlines to impose similar restrictions on the person concerned”, tweeted Puri.

Some people termed Kamra’s act as courageous while many others criticised him. The incident sparked debates on social media and became one of the most trending tweets. Many Twitter users pointed out double standards of the airlines.

“That all commercial airlines have decided to put Kunal Kamra on their ‘No fly list’ to please the government just exposes the rapport Arnab Goswami shares with the regime. A reminder that neither Modi nor his ministers condemned the assassination of journalist Gauri Lankesh”, tweeted journalist Rana Ayyub.

“The Kunal Kamra story is no longer about inconveniencing someone on an aircraft. It is about unwarranted, illegal, dictatorial misuse of state power against an individual”, tweeted Tony Joseph.

However later in the evening the Directorate General of Civil Aviation (DGCA) said that there is a process to be followed before such action can take place. According to DGCA sources, an internal committee must be formed, within 30 days to probe the matter. Meanwhile, passengers(s) can only get a temporary 30-day ban.

In an official statement the DGCA confirmed this, saying “the matter is to be referred to the internal committee” that will give a final decision, within 30 days, that will be “binding on the airline concerned”.