Some tips while interacting with a person with autism 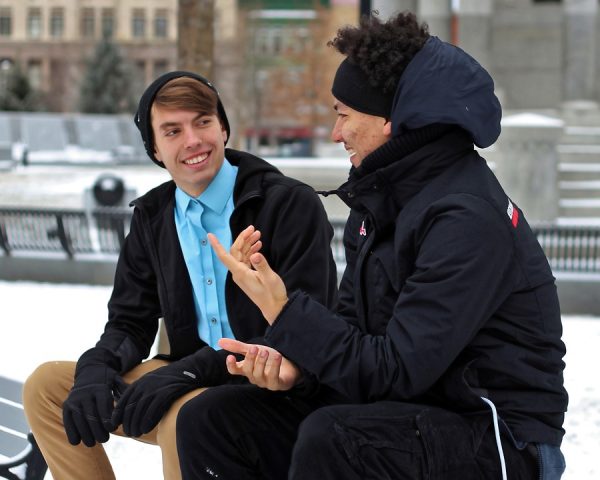 Even today, society lacks awareness on how to interact with people who has a disability. They are discriminated at schools and even work places. By being a little more sensitive and sensitized about disabilities, it is not hard to create an inclusive world. Here are some tips to keep in mind when you are interacting with a person who has autism.

There are no hard and fast rules on how to interact with a person who has autism. But the society has a long way to go when it comes to understanding, communicating and interacting with someone who has a disability, especially with a person who is under the autism spectrum disorder.

Most of the people with autism have trouble making eye contact and try to withdraw themselves when they are in a crowd. That is precisely the reason why most of the people feel uncomfortable around the presence of someone with autism. But once they get along, they are easy to mingle and great to spend time with.

Pratibha Bhatnagar’s son who has autism works with a private company in Jaipur. Pratibha says that her son has often been discriminated due his disability, even at work place mostly because people lack awareness.

People with autism are sensitive and emotional. So when you interact with them, it is important to keep this in mind. They have sensory issues owing to which their actions will also be different from others. They need our support to grow. Give them respect and interact with them normally. It is high time society starts becoming more aware about disabilities-Pratibha Bhatnagar

Be patient– This is one of the most important things and key to having a successful interaction with someone under the autism spectrum. People with autism might take a longer time to process and understand information. It is important to slow down conversation and ensure that they have understood what you are talking about.

Show respect– In fact, people with autism needs a lot of respect, sometimes more than others. This is because they are often snubbed or looked down by others. So while interacting with them, it is important to show respect. After all, a good relationship happens only when two individuals respect each other.

Do not stare– People with autism do things differently from others. Most people tend to stare at them which makes the person uncomfortable. It is always best to ignore their actions and let them be.

“Every human being wants to be respected. That is a basic human need. People with autism are often side-lined and looked down by others which causes them a lot of hurt. Treat them like how you would treat anyone else. Do not underestimate them. Instead, support them to make sure that they bring out the best”, says Mohammad Aslam, who has a ten year old son under autism spectrum.