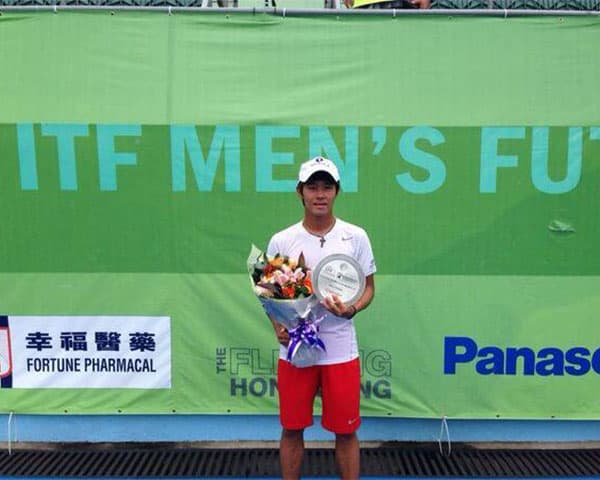 An amazing victory for South Korean Duckhee Lee who defeated Swiss player Henri Laaksonen in the first round of the Winston-Salem Open match with an impressive score and a straight sets win- 7-6, (7-4) 6-1.

Duckhee, who faced many slights and comments as a child for being deaf said his win showed that disability is no barrier. Speaking to the media after the match, he said “People made fun of me for my disability. They told me I shouldn’t be playing. It was definitely difficult, but my friends and family helped me get through. I wanted to show everyone that I could do this”.

He said his victory was a message to deaf and hard of hearing people. “If you try hard, you can do anything”.

Deaf since childhood, Duckhee does not know sign language but uses skills at lip reading skills to communicate in his native tongue. During a match he relies on hand gestures to pick up the line calls and to understand the calls from the umpires for scores. This has been challenging and frustrating for the 21 year old at times but he has stayed focused on improving his game.

Duckhee started playing tennis at a young age and qualified for the Australian Open Junior Championships when he was just 14 years old. After the match Duckhee interacted with the media with the help of his fiancée and a Korean translator. He said that he had had no expectations of coming out a winner but just gave his best during the match.

His win was noticed by none other than tennis great Andy Murray who said “If I was to play with headphones on, it’s unbelievably difficult to pick up the speed of the ball, the spin that’s coming off the racquet”. Twitter has been flooded with congratulatory messages for the player.

Manasi Pathak tweeted, ”I feel fortunate to have watched Duckhee Lee play live this February at the Chennai Open Challenger. The South Korean is (rightfully) making headlines today for becoming the first hearing-impaired player to win an ATP main draw match. What an achievement for the 21-year-old!”.