Strong-willed & determined, Albin Joseph is hopeful of pursuing his dreams of becoming a doctor 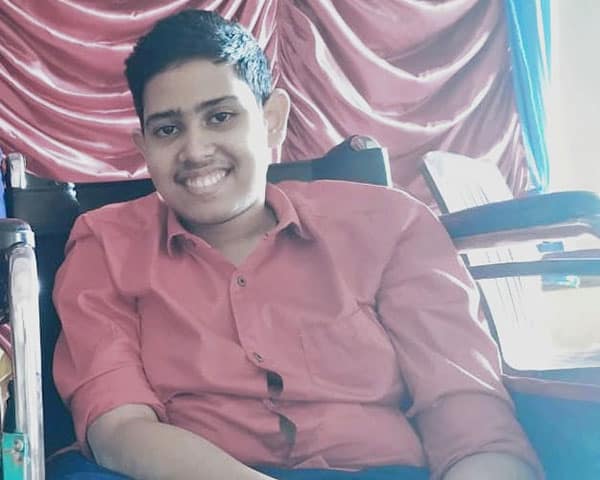 Albin Joseph from Kerala who is a wheelchair user, was denied admission by the MCI to pursue his MBBS owing to a disability. Though Albin’s certificate mentioned 75% disability in the beginning, it was later changed to 80% by the MCI. He has taken the case to the Kerala High Court and is awaiting justice.

For-18-year-old Albin Joseph, a disability does not stop him from dreaming big. Ever since childhood, he has been nursing dreams of becoming a doctor. Albin, who is from Muvattupuzha in Kerala, is fighting legally for his rights after he was denied admission to medical colleges due to a disability. According to the government disability certificate, Albin has a 60% disability, which means he can study medicine. But the Medical Council of India (MCI) certificate has marked him with an 80% disability and he is unable to get admissions into any medical college.

Albin is fighting his case in the Kerala High Court and hopes to get justice.

Albin has spinal bifida from birth and is paralysed from below his hip and uses a wheelchair. He has undergone nine surgeries and it was during his extended stays at hospitals that he got to see doctors working close at hand. That inspired him to take up medicine, he says.

Ever since I remember, I wanted to become a doctor. My academic life was never a struggle because I had a bunch of great friends and teachers who helped me throughout. In fact, my school authorities built a ramp for me so that I could attend classes without any hassles. After my class 10 I was worried about how I will join another inclusive school since my school did not have classes 11 and 12. But our MLA Joseph Vazhakkal arranged classes 11 and 12 for me in the same school and that is how I completed my studies in biology and maths-Albin Joseph

Albin is hoping his hard work won’t go waste. “I was denied admission in many entrance coaching centres because I am a wheelchair user. I had to travel far to attend one centre that was ready to take me in. I have struggled quite a bit to chase my dreams. How can wrongly given information become a barrier for me to pursue medicine?”, asks Albin, who ranked 294 in the all India medical entrance exams.

“I was called to meet concerned authorities before applying for admissions. The neurologist who examined me had written that I have a 75% disability, which also gives me permission to pursue medicine. That changed to 80% when it reached the MCI”, says Albin.

The Kerala High Court has said that one seat must be kept aside for Albin until his case is complete. The court also asked to form a new board to look into the matter and do a re-check which gives hope to Albin.

Sarath PS, who is also a wheelchair user, is Albin’s close family friend. “The world has seen great people like Stephen Hawking who has done wonders in the world of science in spite of a disability. Then why is the government denying opportunities for a youngster like Albin. Our government is being extremely insensitive to people with disabilities”, says Sarath.

Amidst all the legal procedures, Albin is staying calm and composed. This youngster is sure that he is going to win the case so that he can soon start working towards pursuing his ambition of becoming a successful doctor.