Support for Citizenship Act from 1,000 academicians 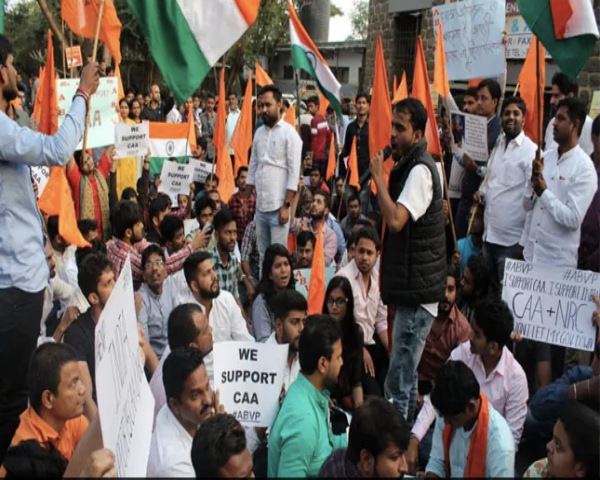 Over a thousand academicians and research scholars have expressed support to the Modi government over the amended citizenship law. The law fast-tracks the process of giving citizenship to persecuted non-Muslims from three neighbouring countries.

In a statement, they said:

The Act fulfils the long-standing demand of providing refuge to persecuted religious minorities from Pakistan, Bangladesh and Afghanistan. Ever since the failure of the Liaquat-Nehru pact of 1950, various leaders and political parties like the Congress, CPI(M) etc, cutting across the ideological spectrum, have demanded the grant of citizenship to religious minorities from Pakistan and Bangladesh who mostly belong to the Dalit castes. – Statement of support for Citizenship Amendment Act

The statement is also signed by scholars in other countries. It congratulates the Indian parliament and government for “standing up for forgotten minorities and upholding the civilisational ethos of India; providing a haven to those fleeing religious persecution”.

Until now over 15 people have died across India in the protests that have been raging over the new Act. Uttar Pradesh, Assam and West Bengal have seen large-scale violence.

The statement condemns the mood in the country and says “fear and paranoia is being created in the country through deliberate obfuscation and fear-mongering leading to violence in several parts of the country. We appeal to every section of society to exercise restraint and refuse to fall into the trap of propaganda, communalism and anarchism”.

The Congress and other opposition parties have alleged the government is working to divide people on religious basis. “The Modi government has no compassion when it comes to shutting down people’s voices”, said Congress president Sonia Gandhi.

The Citizenship (Amendment) Act for the first time makes religion the test of citizenship in India. The government says it will help minorities from the three Muslim-dominated countries to get citizenship if they fled to India before 2015 because of religious persecution. Critics say it is discriminatory towards Muslims and violates the secular principles of the Constitution.