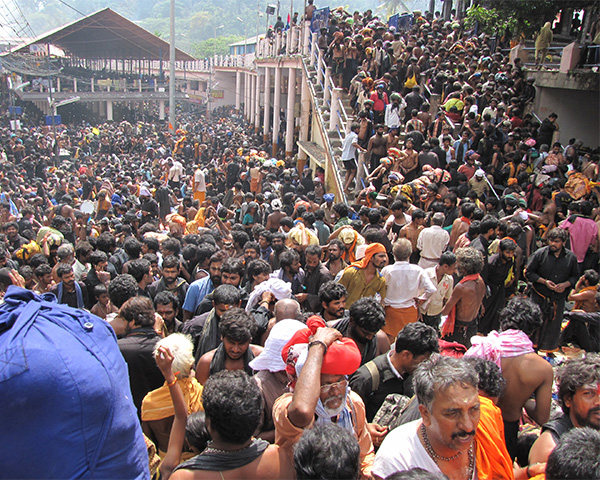 The Supreme Court has decided to refer religious issues including that of Sabarimala temple to a larger bench comprising of seven judges.

The court was hearing the petition yesterday against its earlier verdict that allowed entry of women of all age groups in the Sabarimala temple in Kerala.

In September 2018 the Supreme Court led by then CJI Dipak Misra had allowed women’s entry and lifted the age old ban on women between 10 to 50 years entering the temple.

The decision was welcomed by some while it also met widespread and violent protests in the state causing law and order issues. More than 60 petitions have been filed against the judgment.

The ban on women of menstruating age has been practiced for centuries at the temple, as devotees consider Lord Ayyappa, the presiding deity of the temple, to be celibate.

Now the top court has said that issues related to the entry of women to places of worship and other religious practices that discriminate against women will be heard by a spicily convened seven-judge bench.

Chief Justice Ranjan Gogoi said, “Restrictions on women in religious places are not restricted to Sabarimala alone and are prevalent in other religions also.”

“It is patently immoral and absurd to hold menstruating women as “impure” and justify discrimination against them. If a shrine is a public place, it cannot discriminate on grounds of any “impurity” arising from gender, caste or religion or bodily function. #SabarimalaVerdict,” tweeted Sagarika Ghose