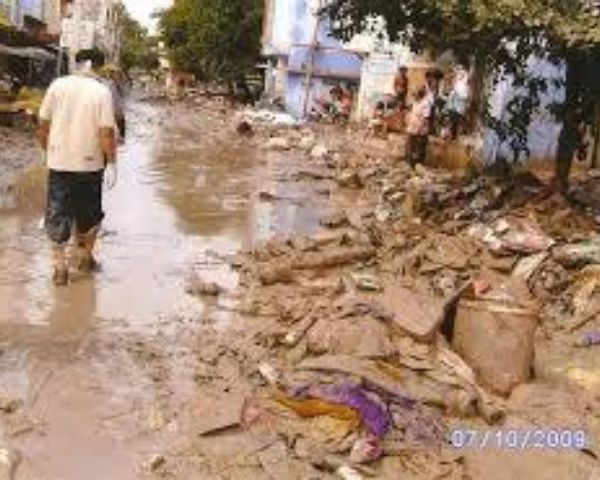 Telangana Chief Minister K Chandrasekhar Rao has asked officials to be on high alert for any incidents of flooding.

Lakes are almost overflowing and in many areas helicopters have been deployed to rescue people. Twelve farmers from Kundanpally village were rescued by a helicopter. The National Disaster Response Force have deployed teams for rescue and relief.

Two control rooms are being set up in Hyderabad. Two choppers have also been deployed for rescue operations. The state disaster response force has been put on alert.

The Chief Minister reviewed the rain and flood situation at the Pragathi Bhavan and spoke with the Chief Secretary, the Director-General of Police and the Ministers, and ordered the setting up of two control rooms in Hyderabad. He also instructed Ministers to coordinate with the Collectors and police officials on a regular basis. – Chief Minister’s Office

Officials say that over 1,000 people have been moved to safer locations.