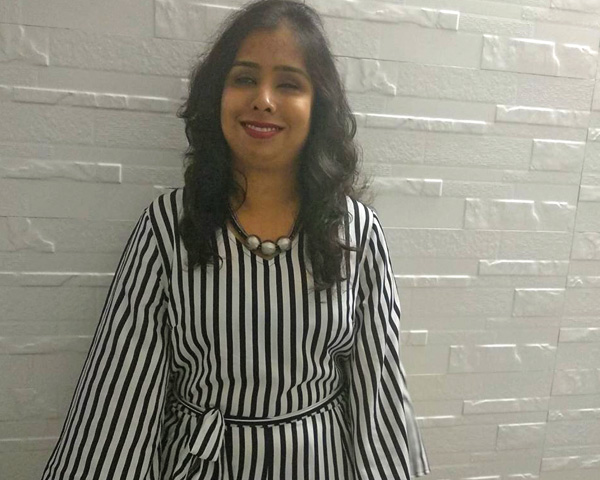 This week on My Take, Sadaf Khan, who is 100% blind and works as an analyst with Ernst and Young India, sends us her review of the Hindi film Thappad. Sadaf watched the the film at a PVR Cinema hall in Mumbai. Under their Accessible Cinema programme, PVR Cinemas is taking measures to make their cinema halls accessible to people of all disability types.

As a person with disability, especially someone with a visual impairment, I would most often go to watch movies with a friend who has low vision. I used to be told by many friends that people stare when they see a disabled person having a good time with friends. This made me hesitate to go out alone. I was even asked how I could enjoy films given as a blind person. Such reactions were rather off putting. The end result was that if a friend or family member could not accompany me to the theatre, I would end up missing out on many films that I found interesting.

Watching movies as a blind person

This changed in 2015 after I made friends in the visually impaired community. It gave me the courage to go out and enjoy films and visit restaurants. When I heard about the wonderful work Sangeeta Robinson is doing with PVR Cinemas, I went to two theatres, one in New Delhi and the other here in Mumbai. I found the staff at both theatres helpful. Just one call a few minutes before reaching ensured I had an escort to take me to my seat. There were people to take food orders as well. Even the entrance to the washroom was wheelchair accessible. I wish all theatres would work towards making their venues accessible as well. It is not like that people with disabilities don’t like to enjoy films.

Coming to Thappad, a film I watched in Mumbai last week, it resonated with me at many levels because it was relevant to me as a girl. Especially a girl brought up by a single mom. My dad expired when I was in class 10 and after that I was constantly faced with questions like ‘what will people say if you come home late’, etc etc. Even today, as an educated and independent person, I continue ti face such questions. Take clothes for instance. If I like something, my mom will always ask what others in the family will think. She doesn’t have a problem but is always worried about other people pointing fingers.

Thappad draws its context from this. The girl in the film fights for her self respect. Today I see so many relationships, even dating relationships where the boys abuse the girls, even hit them and the girls come back crying. It has happened with my friends. There is so much domination. Like in the film there’s a scene where the main character says her favourite colour is yellow but she would always choose blue because her husband said it made him happy.

After all these sacrifices, all the woman gets is a slap. The courage she shows in fighting back has stayed with me because even today girls are told by their parents that no matter how educated they are, they have to take such behaviour.

This movie is eye opening for men and women because it shows that self respect is more important than anything else. If you don’t feel respected in a relationship it has no meaning. I think its. Must watch film for all girls and boys because it will help create their own belief structures.