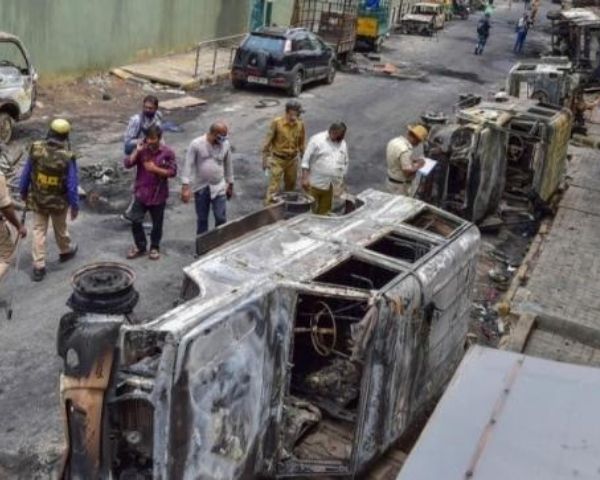 The streets of some parts of Bengaluru on Wednesday reminded one of a warzone. A riot that broke out in the city on Tuesday night escalated, creating havoc in many parts of state capital city Bengaluru. Reportedly, three people died in police firing meanwhile at least 60 cops were injured. Bengaluru Police Commissioner Kamal Pant stated that at least 110 people have been arrested for instigating violence, stone-pelting and assault on policemen.

On Tuesday night, a mob gathered outside the house of Congress MLA Srinivas Murthy. Reportedly, his nephew Naveen had posted on Facebook derogatory remarks against Muslims. The angry mob threw stones at the house, burnt cars and caused violence around the area. Policemen who arrived at the scene used tear gas and lathi-charge to disperse the crowd. The incidents that happened at East Bengaluru was condemned by many leaders. Naveen was later arrested.

Apart from entire DJ Halli police station being vandalized, hundreds of police bikes and vehicles were also destroyed on Wednesday. Though the situation is under control, police are keeping a watch out for miscreants to ensure that they do not cause more problems. CRPF was deployed in violence-hit areas. A curfew has been declared in violence hit areas. SDPI leader Muzamil Pasha was arrested over the mob violence.

Meanwhile, a video of a group of Muslim men protecting a temple from being vandalized at DJ Halli is doing the rounds on social media, indeed some good news from the ‘Garden City’.

State Chief Minister BJ Yediyurappa tweeted in Kannada that strict action will be taken against the perpetrators. He also condoled the incident. State minister CT Ravi said that Bengaluru violence was planned, adding that petrol bombs and stones were used for destruction of property. “We will do asset recovery from rioters like in Uttar Pradesh”, he said.