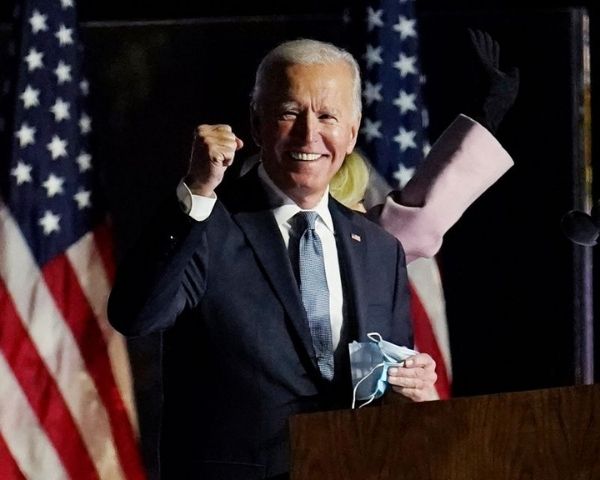 United States President-elect Joe Biden delivered his first address to the country after being declared as the next president. he struck a positive note despite outgoing President Donald Trump‘s refusal to accept Biden’s victory in the key state of Pennsylvania.

“The people of this nation have spoken. They have delivered us a clear victory, a convincing victory,” Biden told cheering supporters. “I pledge to be a president who seeks not to divide, but to unify”.

he also spoke to supporters of Trump and said, “Now, let’s give each other a chance. It’s time to put away the harsh rhetoric, lower the temperature, see each other again, listen to each other again. This is the time to heal in America.”

He was introduced by his running mate, US Senator Kamala Harris, who will be the first woman, the first Black American and the first American of Asian descent to serve as vice president.

Congratulations poured in from leaders of other countries including Prime Minister Narendra Modi.

Trump has filed a range of legal cases to challenge the results but elections officials in states across the country say there has been no evidence of major fraud. Legal experts say Trump’s efforts are unlikely to succeed.