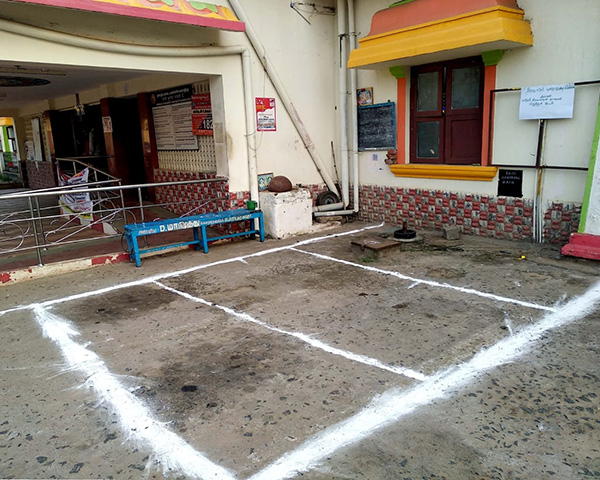 Rafiq Ahmed, who has a disability, recently faced discrimination at the Tiruvarur railway station in Tamil Nadu. His scooter was moved from the disability parking lot to the private parking space and he was also charged for this. Rafiq tweeted a complaint to the Indian Railways through his social media account for which he got a prompt response from the officials which was welcomed by disability rights groups in Tamil Nadu. Tiruvarur station now has an exclusive parking lot for travellers with disabilities.

Chennai resident Rafiq Ahmed had to make a trip to Tiruvarur in Tamil Nadu recently. As a person with disability, Rafiq was entitled to park his two-wheeler at the parking lot earmarked for disabled people at the station. But when he came back after a week, Rafiq could not find his vehicle. He later found it at the private parking lot and was directed to pay for the service.

Rafiq says he appealed to the official not to levy the charges as he was a person with disability but the official did not pay any attention. With the support of December 3 movement, a disability rights NGO, Rafiq lodged a complaint with the Southern Railways. Officials responded on time and now thanks to Rafiq’s action, disabled people have an exclusive parking lot at Tiruvarur station.

The person in charge of the parking lot was rude to me. How can they take away my vehicle which has been parked at the disability lot? Being a person with a disability, this is my right and government granted privilege. When I realised that my rights were being violated, I soon tweeted to ministry of railways and concerned officials. I got a reply from the Railway Seva within a few minutes. They immediately took action and I’am glad that Tiruvarur station has now an exclusive parking lot for people with disabilities-Rafiq Ahmed.

Rafiq’s experience is something many people with disabilities experience. Parking spaces at many railway stations across India are used by non disabled people as well and the rules are not enforced by the officials in charge here. This concern has been raised many times but this kind of prompt action is rarely seen. Rafiq is glad his voice was heard. “I hope that my case gives other people with disabilities the strength to fight against injustice”, says Rafiq.

TMN Deepak, who is the founder of the 3 December movement, says that disability groups had planned to call for a strike against the railways on 5 November over this issue. This was later called off authorities promised to look into the issue.

“What the Railways has done is definitely a welcome move since a common man could get help. But this must not stop at Tiruvarur station alone because this is not an isolated incident. Railways must engage people with disabilities more so that officials will also know our needs and requirements. The more you engage, the more fruitful the results will be”, says Deepak.

Incidents like these show that people must speak up when they see their rights being violated. Thanks to social media, lodging complaints and getting solutions has become easier.