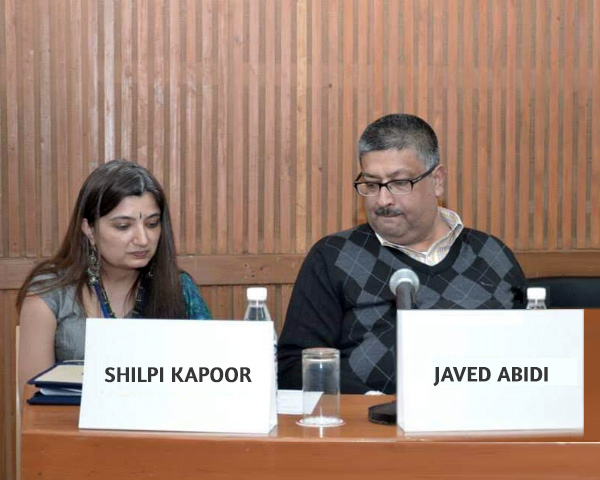 Today, 11 June, is the birth anniversary of late disability rights leader Javed Abidi. Mr Abidi was among the pioneers to build a cross disability rights movement in India, someone who fought tirelessly to ensure that people with disabilities had access to legal rights and economic opportunities. In this tribute, Shilpi Kapoor, Founder-CEO, BarrierBreak talks about his legacy.

The Disability Sector in India is just not the same without Javed Abidi. There are so many things about Javed that one can talk about, but I think it’s important to remember three things that he focused on.

Everyone who knew Javed, knew that he lad the way for so many issues regarding disability in India. He had the ability to think macro. I sometimes believe that his strategy of focusing on ensuring laws, policies and standards in India including people with disabilities was a game changer. He saw the law, policies, standards, guidelines as the foundation that he was laying that others could build upon.

I remember often being frustrated that we have drafted this law or policy and implementation would be a gap. The last policy I worked with him on was the Accessibility Standards for Persons with Disabilities in Television Programmes. Every meeting on the drafting of the standard was a challenge, since so many of the TV broadcasters did not want such a standard. Or even if they accepted it, they didn’t want the standard to have any teeth. I remember talking to Javed about putting in a phase wise implementation and the discussion that “will it really be implemented?”.

His statement to me was “Shilpi let’s do the right thing, even if we don’t manage to get it implemented, since it is on paper in some government document, someone, sometime will come and might be able to use the letter of the law to implement it.”

At some level, I always felt, he was an optimist. I know so much didn’t go the way he wanted but he never gave up. He kept on trying alternate ways and strategies to make it happen!

He didn’t do it alone, he had a cross-disability approach and his network included disability activists from across India. In a sector that is so fragmented due to their differences, he insisted that we leave no one behind. Disabilities that people didn’t even consider, he brought to the conversation.

The move to include 21 disabilities in the new law, as we all used to call it, was him leading the way. The Rights for Persons with Disabilities Act broadened the scope to include people with diverse needs.

Whether it was Srinivasulu from Telangana, Sruti Mohapatra from Orissa, Javed Ahmed Tak from Kashmir or people with diverse disabilities like Kanchan Pamnani, A S Narayanan, General Ian Cardozo or then people like Rama Chari or me who brought our knowledge to the group, he brought everyone together.

He always said “We have to be counted”. Counted in the Census, counted in the Budget, mentioned in every law.

One of Javed’s biggest strengths was that he saw ahead, he saw what no one else was seeing. Over the years he started to take a few key issues and focus on them. It isn’t easy to focus on specific areas when there are so many gaps. But he did that.

There were always three or four key issues that he wanted to go deep into. When I met him and he understood the impact on the web for people with accessibilities, he was one of the first to realise that futuristically, we need to focus on web accessibility.

His focus ensured that disability went beyond just a few lines in a policy! Every couple of years you saw him re-evaluate his focus areas. One of the reasons that we worked on so many issues from Census, Elections, Education, Employment, Build Environment, Web Accessibility, Mental Health and so many others.

For me personally Javed, was a friend, a well-wisher, a partner in crime in the disability space in India and worldwide. He never tired from telling people of the story of the first time I met him and shared the challenges that I saw with the web for people with disabilities.

Javed, I miss not having a partner in crime and the disability sector has lost its leader!

I’m sure you will be smiling that this tribute to you is covered on Newz Hook! Someone said that Newz Hook has filled the gap post DNIS! Well I have learnt from the best!

Till we meet again and yes, Happy Birthday Javed, you left a mark like none other, on so many of us.