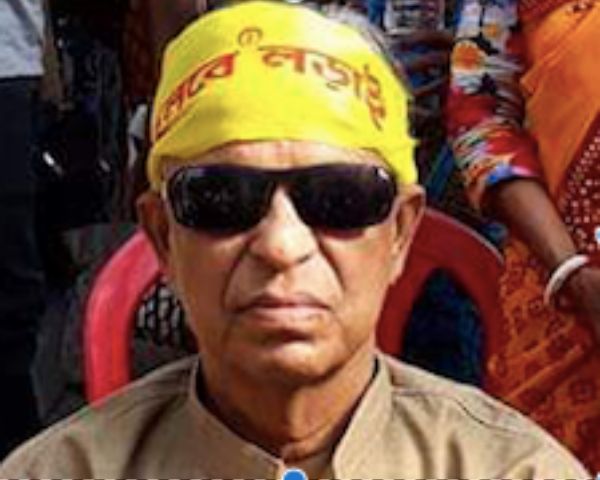 Sailen Chowdhury, renowned leader of the disability rights movement in West Bengal, is no more. 74-year-old Sailenda, as he was fondly called, died at a nursing home in Hooghly.

Blunt-speaking, someone who called a spade a spade.

Words used by everyone who had the privilege to know and work closely with Sailen Chowdhury, the veteran disability rights leader from West Bengal, who passed away in Hooghly this week. Seventy-four-year-old Sailenda, as he was fondly called, died at a nursing home.

Sailenda was associated with the Paschim Banga Rajya Prathibandi Sammelani (PRPS) since its inception. Born in East Bengal, now Bangladesh, he came from a poor background. His father died when he was a child and he was raised by his mother. After losing his sight in school, Sailenda was forced to abandon his studies.

Committed to a range of causes

Sailenda’s background and childhood experiences contributed in a significant way to his commitment to a braad range of issues, says Anirban Mukherjee, Executive Member, National Platform for the Rights of the Disabled (NPRD), Kolkata. “His life was not limited to disability alone”, he points out. “His mother was a jute mill worker, so he was closely connected to the labour movement in 50s and 60s. Sailenda was also involved in the refugee resettlement movement”.

Over the decades as Mukherjee’s involvement with the disability rights movement grew, they came closer.

It would not be an overstatement to say that I learned both the ground level as well as the theoretical issues faced by disabled people in rural West Bengal from him. Among his most admirable qualities and one that can never be replaced is his capacity to connect with people. – Anirban Mukherjee, Executive Member, National Platform for the Rights of the Disabled 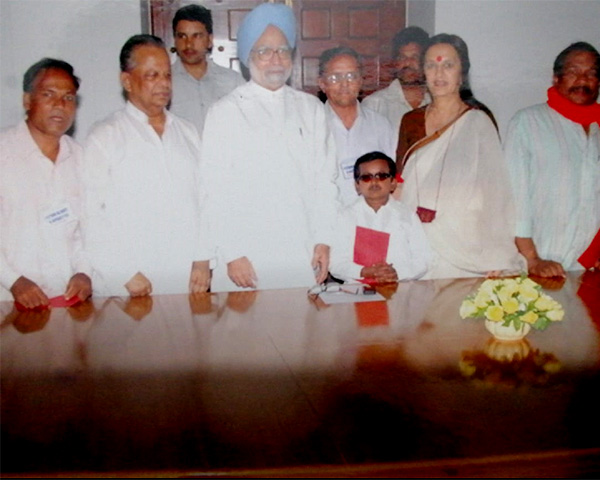 Praising him for his clarity of thought and insistence on a rights-based approach, Ajin Sen, Former President, NGO Parivaar, said, ”His death of a great loss for the disability rights movement in West Bengal and at the national level”.

His commitment to the issues faced by the poor and marginalised disabled people was an abiding one.

“Sailenda pointed out the enormous difficulties that disabled people were facing due to hurdles in procuring a disability certificate and the non-validity of the certificate outside the state where it is issued”, recalls Muralidharan Vishwanath, General Secretary, NPRD. “He also pointed out that for different purposes different certificates have to be procured and came up with the solution of a universally valid ID card for the disabled, valid across the country and across departments and boards. This became the main demand of the NPRD at that time, which fructified years later.”

As part of the PRPS, Sailenda was instrumental in setting up several schools for children with disabilities in West Bengal. He was the founder of the Anne Sullivan School for intellectually disabled children in Hooghly district. He was also associated with Louis Braille School for Sightless and Uttarpara Ashray, an organisation of parents of children with intellectual disabilities.

“I truly learned the meaning of disability activism from Sailenda and started looking at things in a broader sense”, says Lina Bardhan, Secretary, Noble Mission, a school for children with intellectual disabilities in Kolkata. Describing him as “rough and tough” from the outside, Lina says he had a caring and considerate side up close.“I would see him fighting for the rights of people with disabilities boldly and he had the leadership qualities needed to bring people on one platform”

“We will dearly miss him and his guidance”, adds Vishwanath. “He was ruthless when he had a differing opinion and presumed that we were digressing from our core goals. But at the same time would not hesitate in heaping praise when he found the need to do it. This is what endeared many like me to him. We knew that he nurtured no ill will and it was all for the movement and for our own sake”.