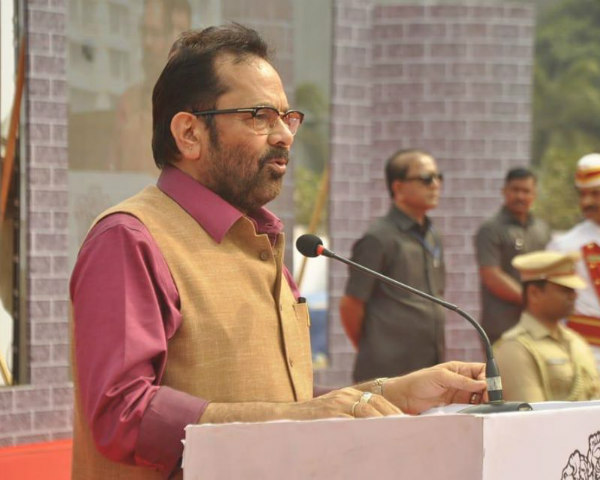 Recently, the video of Akhilesh Narayan Singh, Superintendent of Police at Meerut in Uttar Pradesh was filmed during the riots. In the video, Singh can be heard making communal statements to a group of Muslims. The video that had gone viral, has sparked outrage. Union Minister of minority affairs Mukhtar Abbas Naqvi have stepped up to demand action against the cop. Naqvi said that the video is condemnable. Hence, immediate action must be taken against Singh. A lot of social media users criticised Singh who added more fuel to the communal riots. Posting the video, journalist Rifat Jawaid tweeted, “Cringe-worthy video. Even more dangerous is the justification by his senior”.

In the two minute video, Singh can be seen wearing riot gears and walking around lanes in the area. He approaches two Muslim men and starts questioning them. They say that they have just offered their prayers to which Singh replies that they must go back to Pakistan. Singh further adds that he will take every man out of their homes and put them in jail.

No action has been taken against Singh till now. Yogi Adityanath, Chief Minister of Uttar Pradesh, has also added that his police has not harmed any citizen. Over 21 people have died in the citizenship amendment bill protests across Uttar Pradesh. “Waiting for the evidence where protestors are seen raising slogans of “Pakistan Zindabad” which apparently triggered SP (City) Akhilesh Narayan Singh and is justifying his outburst. We will expose such anti-national elements as well if that is the case”, tweeted Piyush Rai, Journalist.