UP gangster wanted in cop killings spotted in Haryana 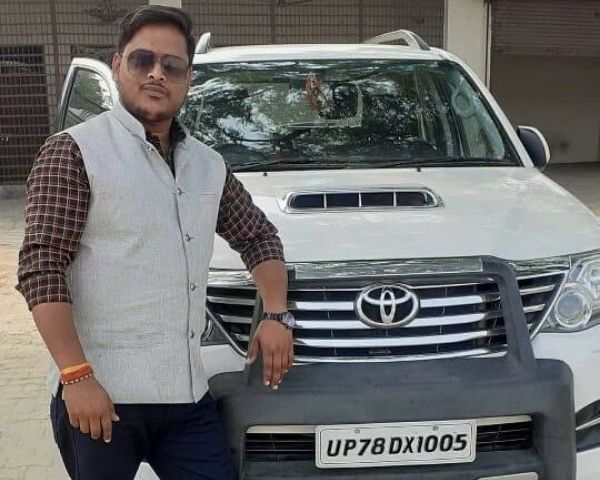 Notorious gangster Vikas Dubey, who is the main accused in the murder of eight policemen in Kanpur, Uttar Pradesh, was spotted in in Faridabad near Delhi.

Raids were conducted at the Faridabad hotel where he was seen and two men were arrested. Police say that a man who looked like Dubey left the hotel just before they reached.

CCTV footage shows that Dubey was in a mask. Twenty-five teams of the UP police are conducting raids to arrest him. Dubey went missing last week after killing the cops. There’s a reward of 2.5 lakh rupees on his head.

Two cities in Haryana near Delhi are on a high alert and the Delhi Police has also been alerted. There are reports that Dubey may surrender in Delhi. A close associate of Dubey called Amar Dubey was shot dead on Wednesday by the UP Special Task Force (STF).

On Friday, 50 policemen from three stations had gone to UP’s Bikru village in Kanpur looking for the gangster who is said to be politically connected. He is wanted for 60 criminal cases including murder, kidnapping, extortion and rioting. A raid was planned at his village.

A Deputy Superintendent of Police, Devendra Kumar Mishra, three sub-inspectors and four constables were killed during the raid by Dubey and his men.

Meanwhile Anant Deo, a former chief of the Kanpur police, has also been transferred by for allegedly ignoring a letter where he said that many policemen were helping the gangster.