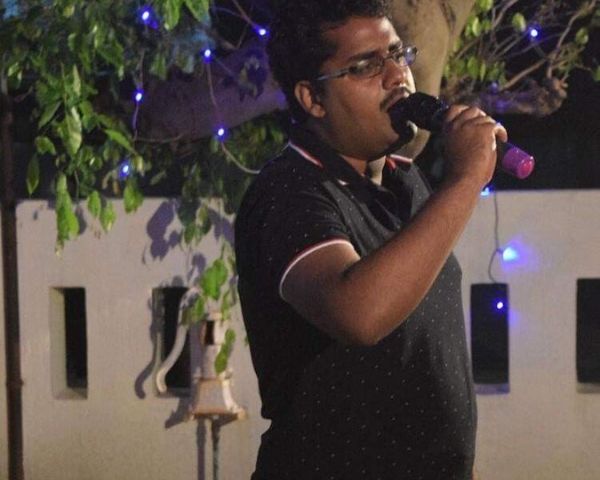 In our month-long series #CelebrateAutisticPride, today we feature 26-year-old Vignesh Balaji from Chennai. Vignesh, who is in the borderline Autism Spectrum Disorder (ASD) is currently working with SIS Security Agency in Chennai for their client Cognizant. Vignesh has learned to become independent in every way. Find out how.

Vignesh Balaji was in kindergarten when his mother Meera Balaji noticed certain developmental disorders in him. Some of his skills were intact, but he had difficulties in socialising and playing with other children. She consulted a psychologist who diagnosed borderline autism and Attention Deficit Hyperactivity Disorder (ADHD). Today this 26-year-old has overcome those early odds to emerge as an independent, successful youngster. Vignesh works with SIS, the leading security services company in Chennai, and is proud to be living life on his terms.

Initially Vignesh’s were worried about his future but they ensured he underwent therapies regularly. They noticed an improvement in his skills. He attended regular school where he faced many challenges but also had the opportunity to learn new skills.

Yes, Vignesh’s journey was one with many challenges. But as a mother I can say that it was a great one. He was into music and that did help him a lot. He is vocal and can express himself well. – Meera Balaji, Vignesh’s mother

Being a part of the Chennai-based parent support group SCAN helped the family a lot.

Vignesh finished class 12 with 70% in commerce and did a B.Com in Information System and Management. He did exceptionally well in college and went on to do an MBA.

“Vignesh was a good student and it helped that he had a supportive peer group and teachers in school and college”, says Meera. “He did face some difficulties, but could overcome all that”.

The magic of music

Vignesh was introduced to music by his parents at a young age and took to playing the drums and keyboard. Skills that not only helped him express himself but also win awards. “We realised that music was doing wonders for Vignesh and encouraged him. Even today, he keeps the interest alive and is passionate about it. He loves to sing as well”, adds Meera.

Since Vignesh is the only son, his parents could devote all their time to him. “Sometimes I feel I have put pressure in him but that has helped him”, says Meera.

After an MBA, Vignesh joined an organisation but he couldn’t do his best there. “Vignesh is hyper and talks a lot, something the company and people working there were not comfortable with”, says Meera. “They would keep warning him and this was hard for him to take. They wanted him to be ‘mature’. He became anxious and tense and couldn;t do his best and quit the company”.

Vignesh did a vocational training course for six months and decided to look for a job. He attended walk-in interviews and sent his resume to many companies. He joined Dr Reddy’s for a training programme as well. He currently works with SIS Security Agency for their client Cognizant.

Vignesh mainly handles the security patrolling work. He has to monitor security cameras and make sure that staff members do their work without fail. “The lockdown has affected his work. He plans to restart soon. But can go to office only after public transport resumes”, says Meera.

Ask Vigensh about his future plans and he has an answer for that. “I want to settle down in one job and upgrade myself. My colleagues and other staff members are nice, but some people get rude at me some times. But I have the guidance of my parents. I’am sure that will help me throughout my journey”, says Vignesh.