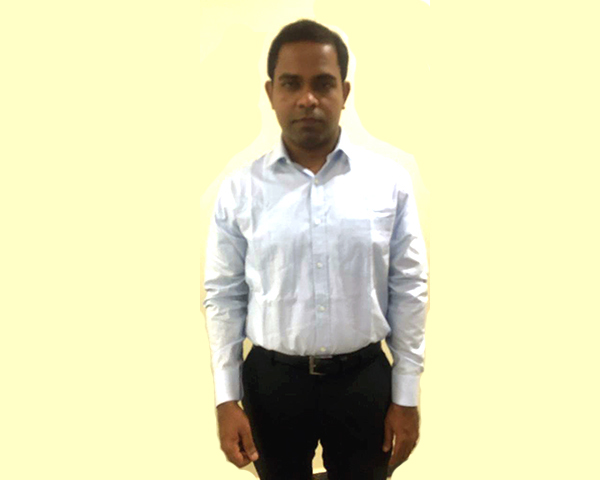 Bengaluru-based bank manager Vikaykumar Kasivel loves to swim. As a totally blind person, he needs support in the swimming pool. Challenges that led him to develop the idea of a sensor called SwimBuddy to help blind people swim independently.

State Bank of India manager Vijaykumar Kasivel discovered the joys of swimming during an office trip to the Cauvery river three years ago. “I got the chance to swim in the shallow part of the river and enjoyed it. I decided to learn swimming properly and found a coach who agreed to teach me”.

Lost vision due to Retinitis Pigmentosa

Vijaykumar, who lives in Bengaluru, is totally blind. He started losing his vision when he was nine years old due to retinitis pigmentosa (RP). A genetic eye disorder, RP gradually reduces a person’s vision. Vijaykumar lost his vision completely by the time he was 25.

There were many challenges that Vijaykumar came up against when he started to learn swimming.

I would bang into the sides of the pool and could not swim in a straight line. My coach would have to swim along and guide me, so I didn’t bang into the walls. When I went to the United Kingdom, I met blind swimmers there who told me they faced the same problem. That led me to start thinking about ways to help blind people swim independently. – Vijaykumar Kasivel, Manager, State Bank of India

Sensor-based device for underwater use

Vijaykumar hit upon the idea of a sensor that could help blind people swim. “I use a smart cane developed by Saksham that has vibrators to help detect obstacles. I thought why not develop one like that for underwater use”.

Vijaykumar’s device SwimBuddy works on the same principles as the smart cane. The device has a transmitter and is worn before entering the pool. It vibrates when the swimmer comes close to a wall or another person. It also helps the swimmer ensure that he or she is swimming in a straight line. 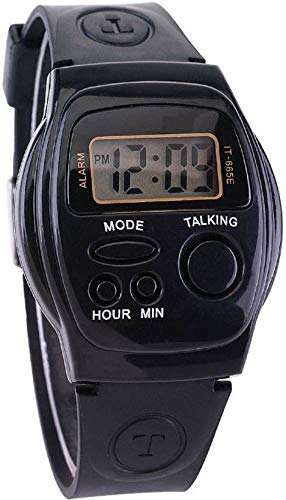 “I love SwimBuddy because it is an inclusive innovation”, says Sushmeetha Bubna, Founder, NGO Voice Vision. “This is a device for everyone because visibility reduces for everyone in a pool leading to a high chance of injury. After all, so many people suffer spinal cord injuries while swimming. This is a great innovation that everyone will find useful”.

SwimBuddy, hopes Vijaykumar, will enable blind people to pursue swimming with a greater sense of confidence and independence. “They can even swim in the sea which is much rougher due to the tides. I am hoping to get the right technical assistance so I can launch it soon”.