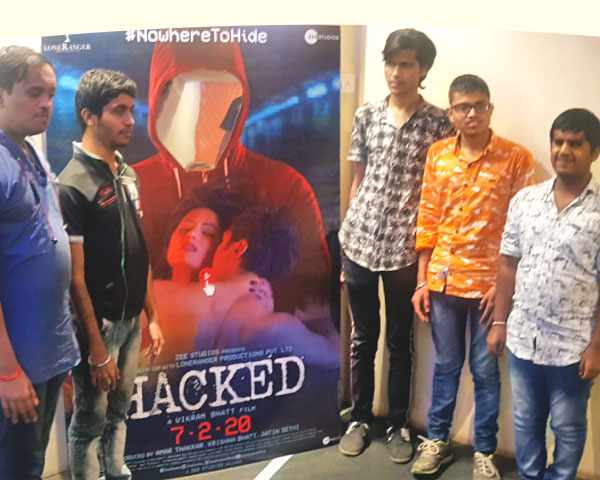 The chills and thrills of Hacked, Bollywood director Vikram Bhatt’s latest film can be enjoyed by visually impaired moviegoers. The psychological cyber thriller about a boy’s obsessive love for an older woman released in theatres across India over the weekend.

Hacked is a cyber thriller

The Hindi language film is accessible with the help of Audio Description provided by XL Cinema which charged the production houses for the track. The film stars Hina Khan, Rohan Shah, Mohit Malhotra, and Sid Makkar.

It is important to make this film available to every Indian so that the message makes its way to more people. – Shariq Patel, CEO, Zee Studios This is the second film that Zee Studios has made accessible for visually impaired movie lovers. The first, Hotel Mumbai, released in 2019 and was an action thriller.

Hina Khan, who makes her debut in Hacked is happy that the film is accessible. “People who can’t watch the film can enjoy the whole experience thanks to the audio description”, she said. Hina plays the part of the older married woman Sameera Khan, whose life is wrecked by cyber bullying.

XL Cinema founders Kunal and Dipti Prasad work closely with major studios in the drive to push accessibility in mainstream released. Other Zee Studios, Viacom18 has also come on board. The response has been mostly positive, says Kunal. “Xl Cinema will continue to work harder in convincing more and more production houses and studios for making AD track for their content. The journey started with AD track being available after weeks of movie release to an inclusive premiere show.”

The XL Cinema app can be downloaded for free as part of an ongoing promotion. Click this link to download the app.