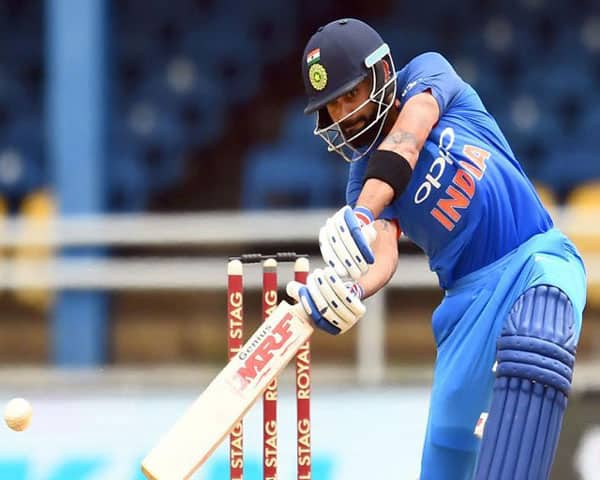 Former Indian batsman Gautam Gambhir says Virat Kohli, who led India to a solid win against against South Africa in Pune on Sunday, is a better Test captain than his predecessors.

With the Pune win, India has won the three-match series, making this their record 11th-straight Test series win at home. Virat helped win the match with an unbeaten 254. After the win, Gambhir had high praise for Virat’s captaincy.

Gambhir said that Virat is a better captain in Test matches than Sourav Ganguly, Rahul Dravid and even MS Dhoni, as under his leadership India started winning overseas Tests as well.

“We talk about Sourav Ganguly, Rahul Dravid and MS Dhoni, but what Virat has created, India has started winning overseas as well. He’s taken that risk, which a lot of other captains have not been able to take. The others always wanted an extra batter so that he they don’t lose the test match. Whereas, Virat is the only captain who has gone abroad and played with five bowlers, with Hardik Pandya being an all-rounder,” Gambhir said.

After the win Virat said that his team wanted to keep improving. “We are lucky to have the group of players we have in the last three-four years. It’s amazing to see that hunger and passion for all the guys to keep improving”.

South Africa captain Faf du Plessis had high praise for Virat too saying “Virat’s knock was incredible. Surprised that he started slow, normally he is quite busy and gets off quite well. He was quite patient in the beginning, which was required in the wicket, he left well. And then, sheer mental toughness to bat for that long. It takes huge amount of brain power. You can see that, and you can only admire from a distance”.