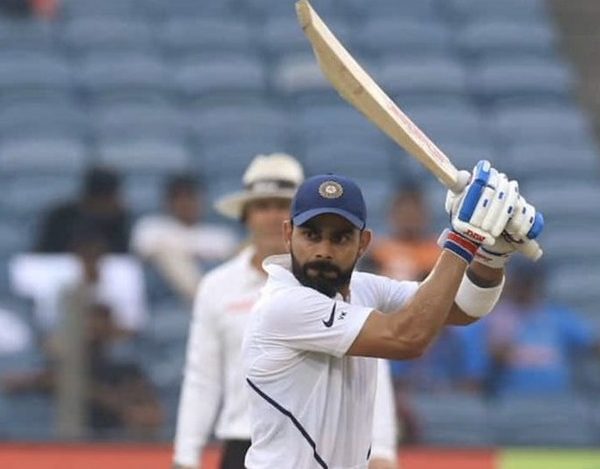 Virat Kohli is on a roll and has created history yet again.

While playing first innings of the second Test against South Africa yesterday, Virat also slammed his seventh double hundred in Test cricket and made 250 runs. He has also broken the record for most Test double hundreds by an Indian player and has surpassed Sachin Tendulkar and

Virender Sehwag. Kohli also reached 7,000 runs in Test cricket.
With 250 runs Virat broke his own previous record of most runs in an innings as captain. He has also become the first Indian to hit Test double centuries against six different teams.

“Feels great obviously. It’s nice little thing to get along in your career…most no of double hundred. I struggled to get big scores initially in my career but then as soon as I became captain then…you invariably just think about the team all time and you can’t think about your own game. In that process you end up batting more than you can imagine and that’s been the mindset for a long time now. Very happy it was a dominating day for us again and we are on the top position so all over I am very happy,” said Virat Kohli.

Vikrant Gupta tweeted,” I know it sounds selfish for a captain, but my heart says Virat could have gone for a 300! He does deserve a 300 against his name #IndvsSA