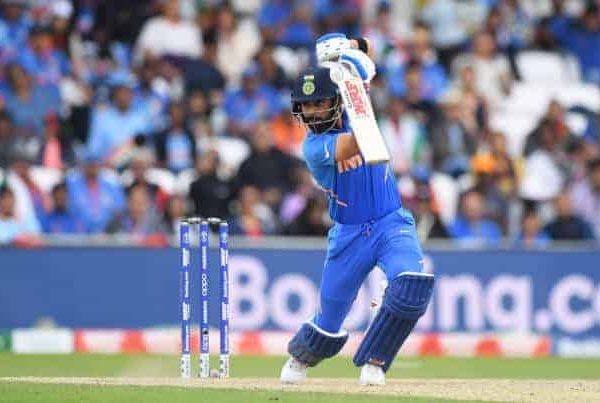 Indian skipper Virat Kohli is definitely one of the most loved cricketers across the world. He has broken many records as well. The 31 year old cricketer has now added one more golden feather to his cap. Kohli broke MS Dhoni’s record to become the Indian captain with most innings in his name. The Indian team’s splendid performance against Bangladesh for test cricket on Saturday led them to a terrific win. “Thumping win for India in Indore: -Under Virat Kohli, India have now registered 10th win by an innings margin — the most by India captain -India have won sixth consecutive Test match equalling their record (set under MS Dhoni in 2013) -Won 8/8 intl matches in Indore”, tweeted Sarang Bhalerao.

Dhoni has led India to nine victories by an innings. Kohli could easily break that record. The third and fourth people in the list are Mohammad Azhuruddin and Sourav Ganguly respectivey.

Kohli’s fans were definitely excited and many of them took to social media to express their happiness for the team captain. “.imVkohli has broken yet another record of msdhoni following the Indore win. After the innings and 130-run victory, Kohli now has 10 innings wins as captain while Dhoni had nine. Take a bow, skipper! #INDvBAN”, tweeted Dipankar Nandi.