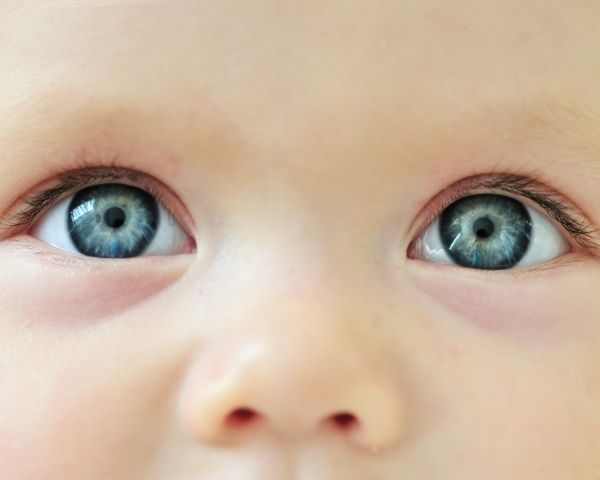 Get-hooked July 7, 2021
1
Leukocoria, an abnormal white reflection from the retina, is used by ophthalmologists to detect a number of eye diseases and prevent vision loss. An app called CRADLE White Eye Detector developed by Dr Bryan Shaw is helping parents detect signs of leukocoria early in their children by tracking photographs. The app is available for download for free.

Chemistry professor Bryan Shaw’s son Noah was four months old when he was diagnosed with retinoblastoma. This is a form of eye cancer that primarily affects children under age five. By the time Noah was diagnosed it was too late. He lost vision in one eye.

“If I would have had some software in it telling me, ‘Hey, go get this checked out,’ says Dr Shaw, “that would have sped up my son’s diagnosis and the tumours would have been just a little bit smaller when we got to them”, he says.

Dr Shaw’s experiences led him and his team of researchers at Baylor University, Texas, United States, to develop a tool for parents to detect early signs of eye disorders. Called the CRADLE White Eye Detector app, it helps ensure that early signs of leukocoria, which an abnormal white reflection from the retina, are detected early. The white eye is the primary symptom of retinoblastoma and many other common eye disorders like paediatric cataract, Coats’ disease, amblyopia, strabismus and other childhood eye disorders.

The CRADLE White Eye Detector mobile application is available to download for free.

“My colleagues at Baylor University Greg Hamerly and Brian Henny and I have transformed the way eye diseases are screened and detected. Detecting some of these diseases are a huge problem and they affect children in the first few years of their life. The technology we have found utilises baby pictures and functions at zero cost”.

Various studies have shown the app to be an effective tool for early screening by parents, preventing the possibility of vision loss in their children.

Over 50,000 photographs of children taken before they were diagnosed were studied before the team of researchers
were satisfied with the accuracy of the prototype. The CRADLE app was able to detect leukocoria in 80% of the children. It detected d leukocoria in pictures taken on average of 1.3 years prior to the official diagnosis.

“We wanted to be able to detect all hues and intensities of leukocoria”, says Dr Shaw. “As a parent of a child with retinoblastoma, I am especially interested in detecting the traces of leukocoria that appear as a ‘gray’ pupil and are difficult to detect with the naked eye.”

The app was created for the iPhone in 2014 and later for Android devices. Noah, who is now 13 years old, lost his right eye and has partial vision in the left eye.

Dr Shaw has dedicated his efforts to sharing the app with parents, physicians and news organisations. The CRADLE app was downloaded 80,000 times within months of the launch. After Dr Shaw’s story was also featured in a leading German newspaper, 10,000 Germans downloaded the CRADLE app. The app detected the white eye in 12 cases, preventing the possibility of vision loss in these children. Two of them were diagnosed with retinoblastoma – just in time to be treated. The CRADLE app has now been incorporated in the paediatric practices of the German Children’s Eye Cancer Foundation.

Retinoblastoma makes up about 3% of all childhood cancers, and there is about one case in every 16,000 live births around the world. The CRADLE app has particular significance for developing countries where the survival rate for children with retinoblastoma falls below 50%. Early detection and treatment can increase the chances of survival and prevent vision loss in children.

“In Namibia or India, for example, a parent’s access to digital photography is probably going to continue to increase at a faster rate than their access to monthly paediatric eye exams,” says Dr Shaw. “If we can create software that can detect leukocoria and alert a parent when it begins to occur persistently, then I believe digital photography can eradicate metastatic retinoblastoma from this world and prevent most of the deaths that occur.”