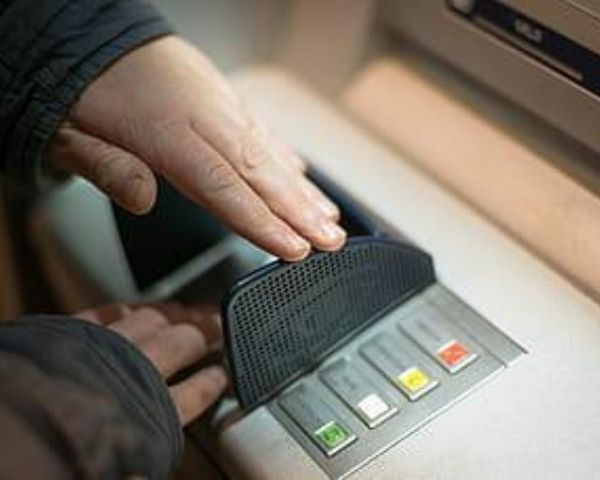 Though the Rights of Persons with Disabilities Act, 2016 (RPWD) was introduced four years ago, the Act ie yet to be properly implemented. The country’s banking sector is not any different. Visually impaired people from Tamil Nadu points out the different struggles that they have to undergo in order to use ATM cards, one of the quickest ways to withdraw money. Most of them are denied basic banking facilities unless someone else accompanies them. It makes doing things independently a hard task for many.

The first ATM machine was set up in 1987 by Mumbai HSBC bank. In 1997, the Indian Banks’ Association (IBA) set up Swadhan, which was the first network of shared ATMs in India. But in spite of over three decades since introduction, banks have failed to make ATM’s accessible and fully disabled friendly. There has also been a longstanding instruction from the Reserve Bank of India (RBI) to make all banking facilities accessible, but ATM cards are still denied to visually impaired people.

Most of them describe the taunting experiences that they have to undergo by bank officers. They are often abused and mocked at. Sakthivel, a visually impaired student from Tamil Nadu told The Times of India that when he showed bank officials the RBI guidelines, they got furious and asked him to not misinterpret rules. The guards were called to apparently throw him out of the bank.

What Shakthivel underwent is not an isolated incident. This happens in many parts of India where visually impaired people are denied and cut off from their basic rights.

Some of the most common statements made by banks that refuse to give ATM cards are that the card would be misused by someone or that the user can be stalked by miscreants.

Rules that are never implemented

In the year 2003, a case was filed against banks remaining inaccessible. By September 2005, a court order was passed which stated that visually impaired people must not be treated like an illiterate person and that all banking facilities must be made available to them as well. But nothing substantial was done.

In the year 2008, RBI directed all banks to offer services like loans, Cheque books, net banking, locker facilities and ATM’s to visually impaired people without any discrimination. The order was then re-issued by RBI in 2012 asking banks to set up ‘talk back’ and Braille keyboard ATM machines. What RBI asked was to make at least one-third of the ATM’s accessible, but the reality is far from that.

Speaking to Newz Hook, V Krishnamurthy, General Secretary, Visually Impaired Bank Employees Association says that during earlier days, people with visual impairment were not allowed to use bank facilities. Instead, they had to have someone accompany them in order to access the bank. Krishnamurthy, who is visually impaired, talks about plight of his community members. “There are over 6000 bank employees with visual impairment across India. It is unfortunate that the condition still remains the same even now. Even after judgments being passed, banks still refuse facilities”, he says.

Krishnamurthy further adds, “Though there are ATM cards, the machines are not accessible. So they must take someone along with them”.

S Namburajan is the General Secretary of the Tamil Nadu Association for the Rights of All Types of Differently-Abled and Caregivers (TARATDAC). He points out that over the past one month, there have been three incidents across Tamil Nadu where visually impaired people had to go through harassment in the hands of bank employees.

“Banks still refuse to understand basic rights of visually impaired people. They don’t even know the RBI guidelines. Officials are misleading users and also hurling abuses at times when they ask for their rights. Some of them threaten the visually impaired person saying that they have no right to complain. All these are clearly violation of rights. Their acts are illegal and can be punished. In these times when visually impaired people are becoming district collectors and holding key positions in policy making of the country, how can this kind of injustice be allowed?”, asks Namburajan.