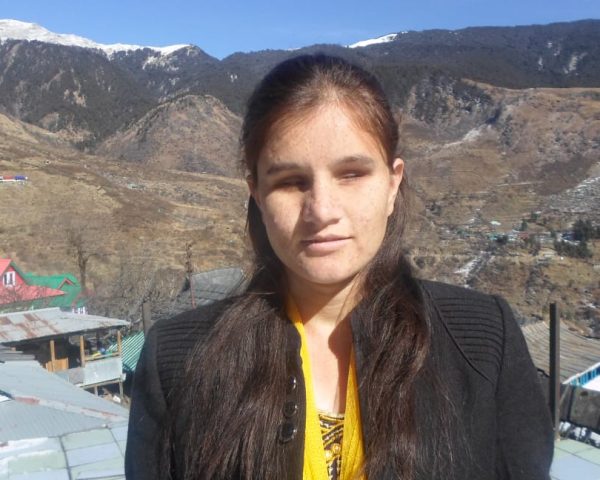 Just 21 years old, Muskan from a small town in Himachal Pradesh is making a name for herself in music. Muskan, who is visually impaired, is not only a gifted singer but has in-depth knowledge of music.

Winner of a nationwide music contest held by Radio Udaan and the Election Commission of India’s brand ambassador. At 21, Muskan has achieved quite a lot. Born in Rohru in small town Himachal Pradesh, this young woman has faced many barriers as a visually impaired person.

Muskan was a student at the well-known Portmore School in Shimla where she was supported by the NGO Umang Foundation Having faced many problems in accessing education, she believes that mainstream schools need to become more inclusive.

Following a High Court order some schools like Portmore have now started giving admission to blind students. More schools need to be equipped with better facilities for disabled students as there are many blind students who drop out of schools due to lack of inclusion. – Muskan, Singer

Muskan took to music as a child. “Since childhood, I was interested in music and singing. Music takes me to a different world and no matter how bad the day is I always feel happy when I sing.”

Muskan won many state-level singing competitions and sang at youth festivals. But it was her win at the first national talent competition organized by Radio Udaan, an exclusive radio station for people with disabilities, that brought her fame. She was appointed a youth icon to motivate young voters to exercise their vote. Muskan voted using the braille facility and set an example for others. She also sang a song on the importance of exercising your vote.

Muskan studies music at the Himachal Pradesh University, thanks to students like her the university is becoming recognised as one of the premier inclusive institutions in India. “There are lot of improvements being done and hopefully the campus will be made fully accessible for disabled students”, she says.

To her close friends like Sangeeta Devi, Muskan’s independent nature is a matter of wonder.

”Instead of asking for help, Muskan is the one who helps out others”, says Sangeeta. “Her heart is as beautiful as her voice and through all the years I have known Muskan, I have never found her being negative.”

Muskan wants to become a music professor and is also taking her competitive exams. Inspired by her mentor and guide Ajai Srivastava, who is the founder of Umang Foundation, she wants to be involved in social work too.