‘We Care’ International Film Festival focuses on life with disability 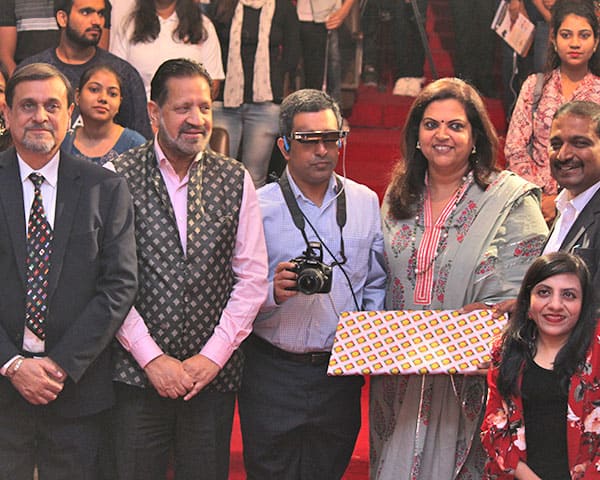 The Apeejay Institute of Mass Communication (AIMC) is organising its annual International ‘We Care’ film festival. The festival highlights the unrelenting spirit, challenges and struggles faced by people with disabilities across the world through various films that are screened at the event.

The 11th edition of the ‘We Care’ Film Festival is being held at the Apeejay Dwarka Campus in New Delhi until 8 November. Prominent NGO Brotherhood is associated with the festival and and so is UNESCO and the UN Information Centre.

The gold and other medals won by the Indian Paralympic team at Rio showcases the contributions of the especially abled people. ‘We Care’ Film Festival is our ongoing endeavor to address the wrong imagery surrounding them. They can learn to lead a normal life if they have effective access to services like early identification, intervention, education, vocational training and employment opportunities. – Satish Kapoor, Brotherhood

The international festival will see some well-known and critically acclaimed movies being screened such as the National Award winning film Goonga Pehelwan from India, Irani movie Fish and I, Blind Date from Russia, Spanish film ‘Basket Bronx, ‘Children of the Stars from China, Beyond Borders from Belgium and many more. These films portray the lives of people with disabilities from various parts of the world beautifully, enabling the audience to experience their hardships, efforts and struggles.

Professor Sajal Mukherjee, Director, Apeejay Institute of Mass Communication says, “AIMC is proud to be associated with this festival. Since its inception at AIMC, we have been seeing increasingly widespread participation from students of various schools and Universities across NCR.”

The festival also includes some other amazing inclusive art related programs like the photography exhibition by Pranav Lal a visually impaired photographer, painting exhibition and special performances by the children with disabilities from NGO Pratham. The theme of the programmeds is also ‘Disability’ and aims to create awareness about people with disabilities and the need for inclusion in our society.

The festival aims to break notions about disability and people with disabilities through the medium of cinematic expression.

The grand event will also see the presence of special guests including Eric Falt from UNESCO and Rajiv Chandran from the United Nations Information Centre, and Ira Singhal, Deputy Commissioner, North Delhi Municipal Corporation. Ira is the first woman with a disability to have topped the UPSC from the general category.

Navika Kumar, Managing Editor, Times Now who is also attending the festival said, “I don’t think there is a classification called disability. There is only special ability. Some people have a special ability in one field and others in another. And cinema is a powerful means of communication to create conversations between these diverse group of people.”

Popular Radio Jockey RJ Yuvi will also attend the festival that promises to offers a lot of fun, food and entertainment to the attendees.

To know more about the festival visit the website : https://www.apeejay.edu/aimc/