We have a reason to spread the smile – My Take by Shagun Pathak, Disability rights activist 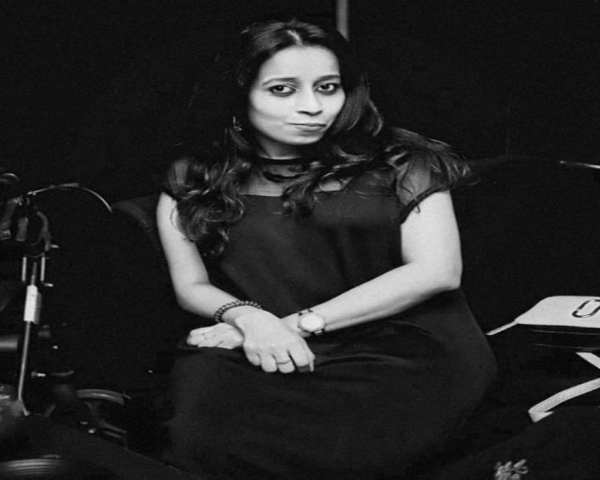 From a small town in Uttar Pradesh to spreading sensitisation about accessibility pan India, Shagun Pathak has come a long way. It’s been a hard, tough battle but Shagun believes that we all have to ‘find the smile within us’.

I belong to Sonbhadra, a small town near Varanasi. A car accident at the age of 10 affected my spine and over time I developed a condition called neuromuscular scoliosis.

My parents got me treated in every possible way – allopathy, homeopathy, Ayurveda, Unani, Nim Hakim, various oil massages. Doctors could not diagnose my condition and would just say that I would be OK with time.

I kept waiting for that time. For a child to be confined to the bed was hard and gradually I became depressed. I would try to overcome the situation by taking wall support to stand and walk and hurt myself, at times quite severely. My parents stood by me, especially my mother who sacrificed her life to such an extent that she would skip a party or a puja next door.

After doing the rounds of many big hospitals, I came to the All India Institute of Medical Sciences (AIIMS) where my condition was finally diagnosed. When my parents were not around I asked the doctor if I would be able to walk and lead a normal life again. I was told I would be a dependent, living with the aid of a belt, a walker and support. I was devastated.

To be told after so many years of waiting that I could never play, or dance, attend school and celebrate birthdays like before was shattering. My sister, who was with me when the doctor said this, ran into the washroom. When I saw her red, swollen eyes, I knew my family would be broken if I was sad. I cried alone as I struggled to come to terms with the reality. My sister’s face made me determined to be strong. As the eldest child, I was expected to be the responsible one and I did just that.

My father, a businessman, was struggling financially and so I started taking tuitions at home. People in the neighbourhood knew me well which made it easier for me to get students. The earnings I gave my mother as my father would not take money from his daughters.

The pressure on my father was enormous though and my earnings were not that helpful. My sister was studying in Delhi and I realised that good knowledge of English would help me find a job. I started applying and got called for interviews to Delhi

The challenge, however, was convincing my parents to let me leave home. After much opposition, I managed and I remember my dad’s words clearly. He said that I would call him soon to come and take me back home.

I never imagined how much of a struggle life would be, nearly next to impossible.

I would travel alone by autos to numerous places for interviews in inaccessible places only to be rejected as companies were scared to hire a person with disability. I managed to finally get employment but my work spot was in the basement and the washroom was on the top floor. I never let my sisters know about this, and instead say I was at a great place. I would drink less water and look for ways to show my efficiency at work.

After changing many jobs, I was hired by Barclays in 2018. I knew it to be an Equal Opportunity Employer but there were some challenges at first. I understood the need for sensitisation and started asking for it. I improvised the pick up and drop off area of the old building in NOIDA such that a vehicle can come to the main entrance area. This is now implemented for all people with disabilities. There were many such initiatives I suggested and I was even invited to give a talk at Barclays Speak. I work actively to sensitise organisations about accessibility and have been recognised with numerous awards.

Dance has been a childhood passion and I want to join an organisation that can help me fulfil my dreams. I love sports, modelling, content writing and reading. I also conduct numerous accessibility audits and have made some places get ramps, etc.

We have one life and we should make the most of it. So what if we can’t get everything that we desire, so what if we have to cry alone. We always have an alternative and a reason to smile and spread the smile.

Trending Stories on NewzHook – 6 to 10 Jan