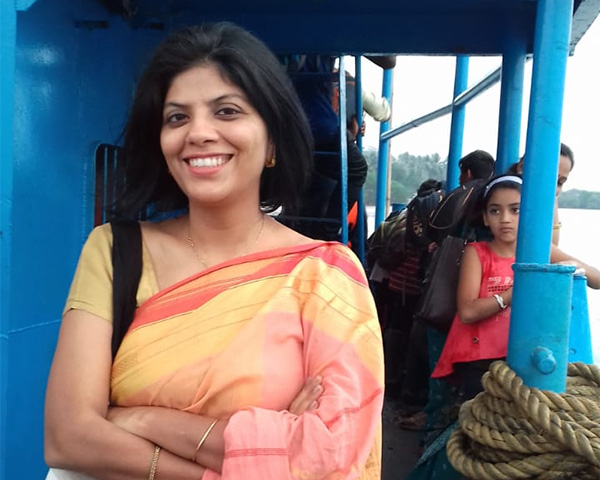 Divyang or Disabled? Person with autism or autistic? World over, the disability sector is divided on the correct terminology and as Monika Kshatriya, member of Goa-based advocacy group, iDare points out, the debate should lead us in India to seriously think about the need to develop an inclusive language.

Across the disability sector, the house is divided on politically correct terminology or Inclusive Language. Not just over terms that are usable but whether we must stress on it at all considering that there are far bigger issues to deal with.

I have met many dedicated disability rights activists who have brushed aside the need to be polite, politically correct, and therefore inoffensive. Their idea of equality excludes language and the role it plays on a person’s psyche or social standing. One of my favourite American comedians, George Carlin had a stand up routine on disability euphemisms, where he referred to us as ‘Cripps’, cripps being a crude term for people with locomotor disabilities. The aim was to call out the charade that lies in treating us badly while using respectable, politically correct terms to address us with. Even though he might have tried to focus on deeper issues, I differ with him on that.

So, to all those people who have joined the cause for the rights of persons with disability but don’t think words matter – give this a think.

Do you remember the term, “failures” or “weak students”? That was how certain students who didn’t perform well academically were labelled. This was before the education department came up with the solution to pass every one up until class nine. If you are of the generation when one had to repeat a class if grades were low, you are probably well acquainted with these terms. In today’s world, that person would be a loser, which is also used to describe someone who hasn’t made it in the real word – lacks a job, nice partner, good salary, nice car, or is just plain ordinary.

Now, put yourself in that spot, measure yourself on where you haven’t excelled and then you realise how it feels to have an adjective of your personality being used as a noun to refer to you, like ‘Loser Hari’. So, from being a Hari, who say, excels at football, you are a “failure”, a “dodo” and your entire personality gets shrunk to that negative word. Despite your other achievements, you will be forever described in terms of what you failed at.

Now try another experiment. Make a list of your five closest friends. List out their coolest and worst qualities. For the
moment, keep the coolest out of the picture. So, my best fried Rihana is quite plain, like vanilla. Another friend Monolita is quite forceful, so in a group her will mostly prevails. She usually makes sound decisions, but hey, we hardly get to ever try out our choices when she’s around. My husband is undecided about many things, my mother is forgetful and my father, bossy. So, going by your standards where “words don’t matter”, – here’s how I should be addressing the five people closest to me – Plain Jane Rihana, Controlling Monolita, Fickle Tarun, Forgetful Mum, and Tyrant Dad.

For the next one week address them like this and see how it affects them and your relationship. Better still, take the same set of people and pick out their most prominent physical features and give them nicknames accordingly. So, we have Fat Rihana, Unattractive Monolita, Hairy Bikram, and Big-nosed Mama.

Now, maybe you begin to feel the pain of the “failures” in class who perhaps never recovered until they left the world of academics. If you still feel shitty nicknames should be taken with a pinch of salt and people need to move on when referred to by their vulnerabilities, try turning the light on yourself. I would call myself – Arrogant or Fat Arsed Monika!

On various disability rights WhatsApp groups it is common to see feuds over what is the right term of address for someone who has spasticity, Down syndrome, low IQ, or some such. Well-meaning journalists are often embarrassed when Persons with Disabilities (PwDs) call them out for not knowing the right nouns to address them with. Add to that the utter confusion if one were to use the “wrong” verb. So, lines like “A group of students with visual impairments from Hyderabad visiting Goa, were taken to see the Reis Magos Fort”, or “A bunch of children from Delhi, who are wheelchair users, were taken for a walk on the Mandovi promenade” might incense a few people, but truly, it is accepted as a non-derogatory.

Then, there is another kind of offensiveness – the special kind – where we are referred to as ‘specially abled, differently-abled, or Divyaang’. These terms are conferred on us like some award for our physical or mental limitations. Along with the terminology, we are also often treated as divine, ‘Extra! Extra!’, or those with some ESP, specially chosen by the Lord or just otherworldly, like we do not belong with the rest but are to be put on the pedestal or locked up for safekeeping given the treasures that we are.

What comes along with this attitude are the kid gloves we are handled with. Any person with disability will tell you that this interferes with our normal functioning. And God forbid if that sixth sense that should replace our lost senses like vision or hearing is missing. We are somehow left feeling less adequate, like we missed the last bus to salvation.

With the divine tag comes the expectation of divine behaviour, so if you happen to be a wheelchair user and lose your temper over the lack of basic necessities, like being unable to attend school, we are called spoilt. Often people react with – “Look at him, he’s on a wheelchair and despite that he is so stuck up”. Should you dare to show some confidence and attitude, you will be labelled nakhre waali and hear comments like, “She can’t hold a pen, but look at the nakhraas she throws for something as small as a special flush in the toilet.“

Here’s another one of those exercises that may drill some sense in your terminology-neutral head if you still haven’t got it.

My friend Krishna is a cool guy who likes my husband Salil for his easy going attitude and has a casual style where he gives funny nicknames to friends. Krishna often liked to say things like “Langde, kya peeyega” to Salil and obviously meant no offence. The other day Salil stopped at Krishna’s house and found out that he was out. So, he left a message with the guard Laakhan Singh to let Krishna know he had visited. When Krishna got home, Laakhan informed him with the words, ‘Aap ka Langdaa dost aaya thha’. Krishna was extremely angry with Laakhan and pulled him up but that was also the last time he called my husband langdaa.

So, the next time you decide to be casual with the terminology you use to address persons with disability, close your eyes, image your mum, dad or child and give them a nickname based on their worst physical attribute. If you are at peace with that, go ahead, call me a ‘cripp’.

In most developed countries, concerned departments have devised inclusive language guides to minimise the humiliation faced by people from different backgrounds. These include sensitivities towards persons with disability, gender and sexuality, nationality, ethnicity and race. It’s not just used officially but also by the media and public at large. These terms emerged after discussions with all concerned parties, unlike the term divyang where we had no say.

People embrace inclusive language guides because they recognise language as a primary tool of social engagement. It is at that first level itself that these governments wish to set the record of inclusion and equality straight. Hedging around with bindaas or badass attitudes, and not refining your language, could cost you. So take a look at what some of these nations have got a fix on.

United Kingdom – Inclusive language: words to use and avoid when writing about disability