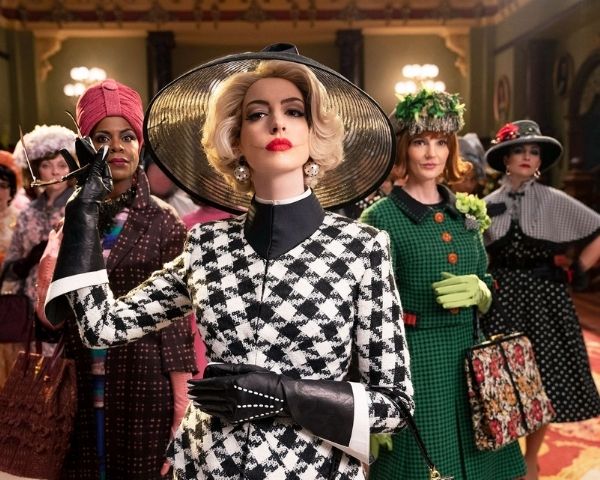 Leading international production company Warner Bros has apologized for hurting sentiments of disability rights groups across the world. Their portrayal of a negative character with disability in the upcoming movie ‘The Witches’ in which the leading character has ‘split hand’ or a condition called ectrodactyly due to which the fingers are webbed received backlash.

Cinema is a medium that has a huge impact on masses which is why film-makers needs to be sensitive when they portray on-screen characters. Warner Bros upcoming dark fantasy comedy film ‘The Witches’ has landed in controversy for showing people with a certain disability in negative light. In the posters that were launched, main character ‘Grand High Witch’ portrayed by Anne Hathaway can be seen with three webbed fingers, commonly known as split hand or a condition called Ectrodactyly. As soon as the debate surfaced on social media platforms, Warner Bros expressed their apologies.

A character that sparked controversy

‘The Witches’ directed by Robert Zemeckis’ is a remake of Nicolas Roeg’s same movie made in the nineties which is an adaptation of the Road Dahl book.

In photographs of the movie that were released, main character ‘Grand High Witch’ has webbed fingers or Ectrodactyly. According to disability rights activists across the world, portrayal of a negative character with this disability will make people scared or frightened of those who actually have the condition.

Warner Bros, who produced the movie, immediately announced that they are deeply saddened to hear about how the fictional character has upset people with disabilities. “We regret any offence caused”, said their statement.

Amongst those who condoled the portrayal was paralympic swimmer Amy Marren.

“@WarnerBrosUK was there much thought given as to how this representation of limb differences would effect the limb difference community?!”, she tweeted.

“Limb difference is not scary. Differences should be celebrated and disability has to be normalised. #NotAWitch calls out ‘#TheWitches’ movie for portrayal of disability”, tweeted the official account of Paralympic games.

“The community upset over this “kid friendly” film has been overwhelming. The deliberate choice to make Anne Hathaway’s character in the new @wbpictures film #TheWitches limb different in efforts to make her more creepy and sinister is upsetting. #LimbDifferenceAwareness”, tweeted prominent NGO Lucky Fin Project.