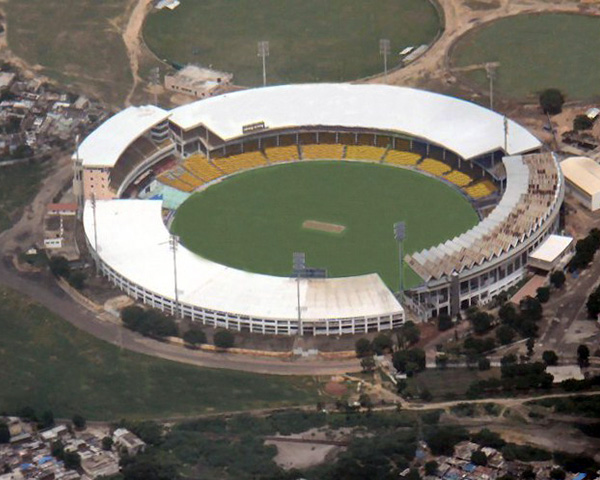 The largest cricket stadium in the world is under construction in Ahmedabad, Gujarat.

The Motera stadium with a seating capacity of 1.10 lakh spectators is expected to open in March 2020.

Around ₹700-crore are being spent on the largest cricket arena in the world.

The foundation stone was laid in January 2017 and the stadium will boast of 11 pitches prepared with red and black soil. It has been designed by M/s Populus, the same architecture firm that designed Melbourne Cricket Ground in Australia. The construction work is being carried out by Larsen & Toubro (L&T).

Gujarat Information tweeted, ”The world’s largest cricket stadium at Ahmedabad with a capacity to host 1.10 lakh fans is likely to be ready to host its first match by March. The new Sardar Patel stadium can seat more fans than Australia’s Melbourne Cricket Ground which has capacity of just over a lakh.”

The huge structure will accommodate 76 corporate boxes, 50 room and four dressing rooms, an indoor cricket academy and a lot more.

As per reports, the opening of the Motera stadium will be marked by an exhibition match between Asia XI and World XI in March 2020.

Board of Control for Cricket in India (BCCI) president and former India player Sourav Ganguly has said, “There will be Asia XI vs World XI game but it will be subject to ICC’s approval.”

The new stadium is being built after the old Sardar Patel stadium, with a seating capacity of 53,000, was pulled down in 2015.