Amateur photographer Yash Premarajan diagnosed with autism, loves to look at the brighter side of things 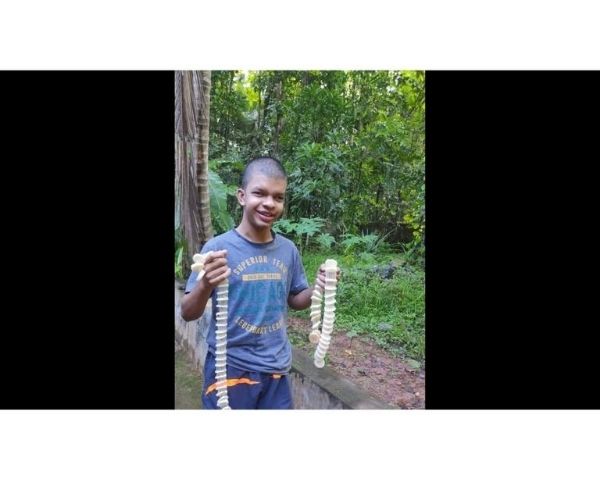 22-year-old Yash Premarajan was diagnosed with autism very late at the age of seven. Yash, who is an amateur photographer, has never let a disability take over good things in life. Thanks to his parents and a bunch of people around him, Yash is a powerhouse of positivity today.

‘The best thing about a picture is that it never changes, even when the people in it do’. This famous saying by prominent American film director Andy Warhol has inspired many aspiring photographers including 22-year-old Yash Premarajan from Kerala. This youngster who was diagnosed with autism loves photography. Though he doesn’t even have a camera of his own, Yash clicks some amazing photos on his mobile phone. A developmental disability has only helped him view the world differently, in a more beautiful and unique manner!

The journey of Yash Premarajan

Yash, who currently lives in Kochi, spent his early years at Gujarat. His family was settled there during that time. Though his mother Usha Premarajan noticed some behavioral changes in her son, she did not know what exactly was happening. So a diagnosis happened late. When Yash was seven years old, doctors confirmed that he was under the autism spectrum disorder.

But by then, he had started attending regular school. Though Yash faced some challenges, he could cope up with academics and completed his class 12 along with children without any disabilities from a regular school.

“There were problems at school, so I used to accompany Yash to school every day so that I can help him. He always loved playing ball. He never understood lessons properly. But when he started growing up, things became easier for him. Yash has not faced any discrimination at school. His friends and teachers have been nice to him. In fact, he still keeps in touch with them even today”, says Usha.

After class 12, he joined the Navajeevan Special School in Kochi. “He is not interested in vocational training, so he tries and does whatever bit he can in his own ways”, adds Usha.

Ever since Yash found out about mobile cameras, he was interested in photography too. His sharp eyes and love for the art helped him click photos better. Soon the interest developed so much that he started clicking pictures for his school events and at time family functions too! Yash also received a lot of appreciation for his work.

Till date, Yash has not received any formal training in photography, but is determined to put his best foot forward. He focusses mainly on landscapes and portraits. Nature is something that interests Yash a lot. The lush greens, chirping of birds and squirrels, tunes of lakes and rivers, Yash captures the beauty of it all!

“I think some of his photos are exceptionally beautiful, though I don’t know how he does it without any professional help”, says Usha who believes in the talent of her son.

Being the only son, Usha and her husband is showering all the love on Yash. “He is very friendly towards everyone and loves having people around him all the time. It is important to support your child and teach them to be an integral part of the society from a very young age. We used to take him everywhere and no one has sidelined him. That is why he has become a positive person”, says Usha.

Yash loves cycling. He wants to be independent and do things on his own without any support. Usha is helping him do that. A late diagnosis has not affected this youngster, thanks to all the positivity and good people around him.

‘Dreams of Us’ brings together people with disabilities, provides them platform to showcase skills

In a much appreciated move, TN government will not use photos of disabled people receiving aid