Disabled journalist and scientist Eleanor Beidatsch is a young disability rights activist who is passionate about accessibility in the academia, food, travel and fashion. In this article, Eleanor turns her lens on the Hollywood film industry and talks about how the changes brought on by COVID-19 may have improved the situation for disabled people in Hollywood.

Jennifer Kretchmer has always loved storytelling but being an actress with a disability is challenging.

“I love the connection you get to have in acting with the people you’re working with,” says Jennifer during an interview over Zoom. “Getting to tell the kinds of stories we get to tell, is so fantastic,” she says.

The Los Angeles-based actress has been an advocate for disability rights in Hollywood and all areas of life for most of her career. She was diagnosed with Ehlers-Danlos Syndrome in her twenties, but Jennifer been involved with the Hollywood film industry her entire life.

“A lot of my symptoms were not nearly as present earlier in my career. And I certainly was not using mobility aids or any sort of accessibility devices or a wheelchair at that time,” she says.

Challenges of being disabled in Hollywood

Jennifer’s acting career has led to many roles including on game shows, the sci-fi series Dollhouse, and the tabletop series Monsters and Fables on the official Dungeons and Dragons channel.

“On a superficial level it affects collagen,” she explains, “which means my face looks much younger than I am. Which for acting it can be a perk but that also can be deceptive, and it works against me on the production side. People think I’m a lot younger than I am and I’m going, ‘I’ve been doing this for a very long time’. So, it’s a weird double-edged sword.”

When Jennifer transitioned to using a wheelchair, auditioning became much easier. 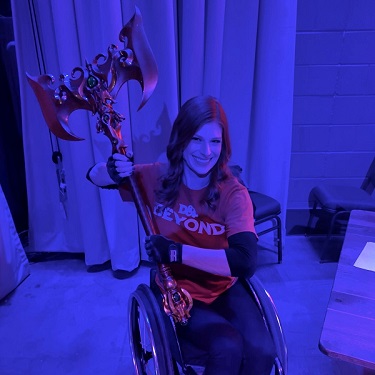 The first audition I went on in my chair was such a relief because I didn’t feel like I had to hide anything. I could just be there and be present and do the work rather than trying to think about, ‘okay, my hip is out and my knees right on the edge. Can I shift my weight without, going out of frame?’ I can get considered for these roles that are very different than what I was getting considered for before I started using mobility devices. – Jennifer Kretchmer, TV producer, writer, director, performer 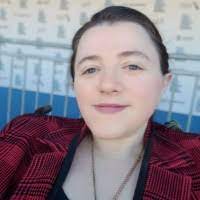 Presenting as a disabled actor has its own problems and it’s something people often try to conceal.

“Most of my experience as an actor until recently had been presenting as a non-disabled actor at first glance, that’s the default assumption” she explains. “I think often people hide it. I think it still is something that people are very much afraid to disclose though that is slowly changing,”.

One of the ongoing problems disabled actors face is the issue of access. Even though using a wheelchair has improved every aspect of her life, Jennifer says there are still access issues to consider when on set.

“I have not been on set with my chair,” she says. “I used a cane because the accessibility of sets and studios and locations is still very mixed. So, it would be a situation where I’d have to make sure that the offices were accessible”.

Accessibility on Hollywood film sets is an ongoing issue for actors and crew with disabilities. It is an issue editor of IndieWire and disability advocate Kristen Lopez, has been discussing for years.

“Sets are still very inaccessible for disabled people,” Kristen says. “Casting is an easy fix, but what’s harder and where the real work lies is making sure a set is open to disabled people whether that be directing, screenwriting, if you want to be a costume designer”.

It’s not uncommon for people with disabilities to lose a role in film or TV because they need an accessible trailer on set or can’t get to an audition that’s above a flight of stairs, both situations that were discussed in an article by Variety.

Covid forces rethink on inclusion of disabled in Hollywood

But auditioning has become easier since the COVID-19 safety protocols were brought in.

A change is the rising use of “self-tapes” which make it possible to audition from home.

Jennifer says this pandemic induced change has made it much easier for people with accessibility issues to try out for roles.

“Often even the audition rooms aren’t accessible, that’s something that’s been a huge change this year in making self-tapes much more common,” she says.

But Hollywood still has an issue with how they represent disabled people on-screen. According to Kristen, about 2% of disabled characters make an appearance on-screen, which is an uptake of 1% in previous years.

This is an issue she says could be combated by getting more disabled people in the writing room.

“It’s got to come from directors and stars using their privilege to say ‘Hey, there’s no people with disabilities on this set, why is that?’ she says. “Directors saying, ‘I want to hire someone with a disability,’ and it doesn’t have to be in front of the camera, it can be behind the scenes. Saying: ‘I have a $100 million movie here and I want to be sure I’m representing everybody’. It’s got to be a group effort,” says Kristen.

Jennifer agrees that the numbers of disabled people involved in Hollywood are not representative of the real world and it needs to be addressed.

“As an industry, we are having a massive reckoning with discrimination right now on, on many fronts. And I think systemically people are realising that there is a complete failure of systems to protect people,” she says. “Like it really does feel like we’ve hit a tipping point in terms of awareness, starting to kick in, but also in terms of what we are willing to put up with. I think the pandemic really highlighted a lot for people,” says Jennifer.