Super Sunday for India at the Tokyo Paralympics 2021 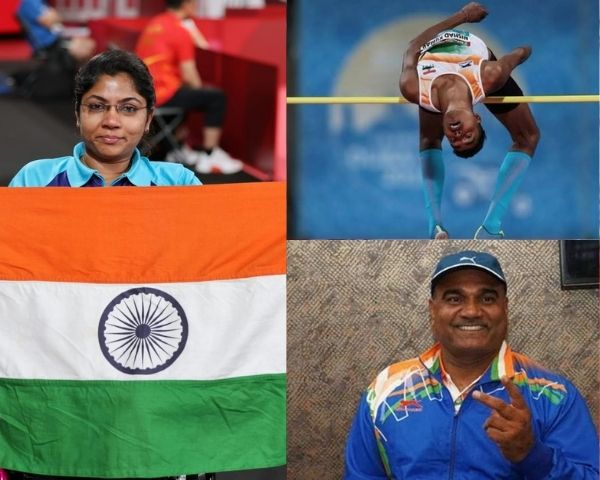 Parasports August 29, 2021
With three medals to its credit, India has had a Super Sunday at the Tokyo Paralympics 2021. Nishad Kumar and Bhavinaben Patel each won silver medals, while Vinod Kumar took home a bronze medal. India has sent the biggest ever contingent to the Games this time. Fifty-four athletes, across nine disciplines, are representing India at the Paralympic Games in Tokyo.

There were tears and laughter for India at the Tokyo Paralympics 2021 on Sunday. Let’s start with the good news.

Bhavinaben Patel brought pride to the country with her silver medal in table tennis, beating China’s Ying Zhou in the final of the women’s singles class 4 competition. Patel went down 7-11 5-11 6-11 to two-time gold medal winner Zhou in a match that lasted 19 minutes. Patel is the second Indian woman to win a medal at the Paralympics.

India opened its account at the Paralympics with Patel’s medal. Patel, who was diagnosed with polio when she was 12 months old, has played outstandingly well in these Games, defeating world number three Miao Zhang of China in the semi-final.

Deepa Malik, current president of the Paralympic Committee of India (PCI), was the first Indian woman to win a medal in the Paralympic Games when she had won a silver in shotput at Rio in 2015. She called Patel’s wina “gift to the nation.”

The other big moment was Nishad Kumar clinching a silver medal in the men’s high jump (T46/47) category. Kumar equaled his own Asian record with a jump of 2.06m in the final of the high jump event. Kumar tied with Dallas Wise of the United States for the second position.

Kumar, who is 20 years old, has been competing in para sports since 2009. What makes his won even more remarkable is that he tested positive for COVID-19 six months ago when he started his preparation for the Paralympics.

More joyful news comes from Tokyo! Absolutely delighted that Nishad Kumar wins the Silver medal in Men’s High Jump T47. He is a remarkable athlete with outstanding skills and tenacity. Congratulations to him. #Paralympics

Discus thrower Vinod Kumar clinched a bronze medal in the men’s F52 event to give India its third medal. The 41-year-old also set a new Asian record with his throw of 19.91 meters. Kumar took to sports in his 30s and winning a medal at this age is truly a remarkable achievement.

There were some disappointments as well with javelin thrower Ranjit Bhati unable to register a mark. Bhati is now out of the medal contention.

These victories have made India’s National Sports Day truly special.