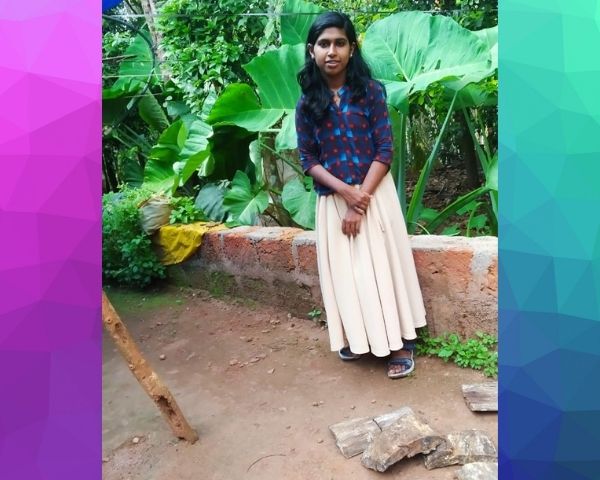 Kerala student Aswathi P was denied a seat in medical college by the medical board citing that she is a student with disability. But Aswathi fought back. She filed a case in the Kerala High Court which she won. The court stated that Aswathi must be admitted to a medical college nearest to her home. This youngster is now a student at the Manjeri Medical College.

20-year-old P Aswathi always aspired to be a doctor. Apart from dreaming big, this youngster who was diagnosed with cerebral palsy worked hard towards her goals. The Kerala medical board denied her admissions stating her disability after which Aswathi filed a case with the state high court. Good news fetched Aswathi after the Kerala high court ordered the government to ensure that she is admitted to a medical college nearest to her village in Malappuram.

Aswathi lost her mother at a young age. She says her father, being an introvert, doesn’t step outdoors much. So she is supported by her uncle Suresh who always stands by her to ensure she gets nothing lesser than the best.

Aswathi was diagnosed with cerebral palsy at the age of two due to which movement of her hands are affected. But she is able to do all activities without any hassles. She recollects that from school, she was discouraged by officials to pursue even a science course.

“After class 10, when I wanted to take up science stream, my school authorities suggested I take something else because science is apparently not fit for a disabled student, they said. But I fought back and was determined to take science stream. I don’t understand the negativity that surrounds me due to my disability”, she says.

Not only did Aswathi pass out in flying colors at school, her dreams of becoming a doctor started then.

After clearing her entrance exams, she had a meeting with the medical board. Aswathi and Suresh travelled all the way to Trivandrum, over 350 kms away from their hometown to attend the interview. Upon reviewing her reports, medical board concluded that she was unfit to become a doctor owing to her disability.

“It was extremely disheartening for me. I was searching in the dark for answers and even met with state minister KK Shailaja who told me that the medical board verdict was final. But then, I could move against them legally. So I did that”, she says. A case was filed on 7 December morning and the verdict to admit Aswathi in a medical college came the same day evening. “I was thrilled beyond words. I’am glad that my merit got recognized”, says Aswathi who has already joined at the Manjeri Medical College.

“All that I knew was, I did not want to go back. I had struggled for a medical seat over years. So I wanted to give in my best”, she says.

Latha, Founder of NGO Amritavarshini was amongst those who supported Aswathi during her legal battle. “What happened to Aswathi is not an isolated case. Disabled students are often denied admission citing their disability. They toil hard, pass entrance exams just like other students and then gets denied. How is that fair? The medical board must come up with something which says only students with a percentage of disability can be admitted”, says Latha.