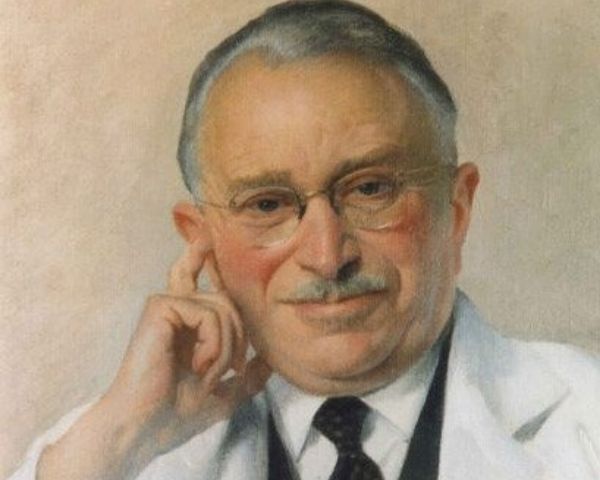 This year marks the 112nd birth anniversary of Professor Sir Ludwig Guttmann. The German-born, British neurologist is known as the “founder of the Paralympic movement’. He established the Paralympic Games in England and is considered to be one of the founding fathers of organised physical activities for disabled people.

As we head into the 2021 Paralympic Games, it’s only fitting to remember the man who many credit as the founder of the Paralympic movement.Sir Ludwig “Poppa” Guttmann, a German-born, British neurologist, organised an archery competition for wheelchair users breaking down the barriers faced by disabled people in sports. This later evolved into the Paralympic Games.

This year marks the 122nd birth anniversary of Sir Guttmann, who was born in July 1899 in Germany into a Jewish family. He was forced to leave Germany following the increasing persecution of Jews under Nazi rule. Sir Guttmann was one of the top neurosurgeons of Germany that time. He escaped to England with his family.

In England, Sir Guttmann continued with his research into paraplegia putting some innovative approaches into practice. In 1948, he organised a 16-person archery contest for disabled war veterans that was one of the first official competitive sporting events for wheelchair users. They competed in wheelchairs at a rehabilitation hospital northwest of London. The event was held three years after the end of the Second World War.

When the meet was held again in 1952, competitors from the Netherlands took part – and an international movement was born.

Called the Stoke Mandeville Games he organised the games on the same day as the opening of the London Olympics. All participants had spinal cord injuries. To encourage his patients to take part in national events, Sir Guttmann used the term Paraplegic Games. These came to be known as the “Paralympic Games”, which later became the “Parallel Games” and grew to include other disabilities.

If ever I did one good thing in my medical career, it was to introduce sport into the treatment and rehabilitation programme of spinal cord sufferers and others severely disabled. – Sir Ludwig Guttmann, Founder, Paralympic Movement

Among his closest associates was Joan Scruton, former secretary general of the British Paraplegic Sports Society who worked with Dr Guttmann for 35 years. In an article written to honour him on his 80th birthday, Dr Scruton, who witnessed the first Stoke Mandeville Games in 1948.

“It was only Sir Ludwig who recognised the revolution he had started in the whole outlook of such severely disabled people, and had the vision to see that through the potentialities of sport, one day our paralysed sportsmen and sportswomen would be holding their own Olympic Games”, she writes.

To mark his birthday tech giant Google shared a doodle and a link documenting the life and works of Sir Guttmann.

This year, in the 16th Summer Paralympic Games, an incredible 4,400 para sportspersons are expected to take part in 540 events held across 22 sports with the introduction of two new sports. The man who gets credit for this remarkable moment in sporting history is Sir Ludwig Guttmann.