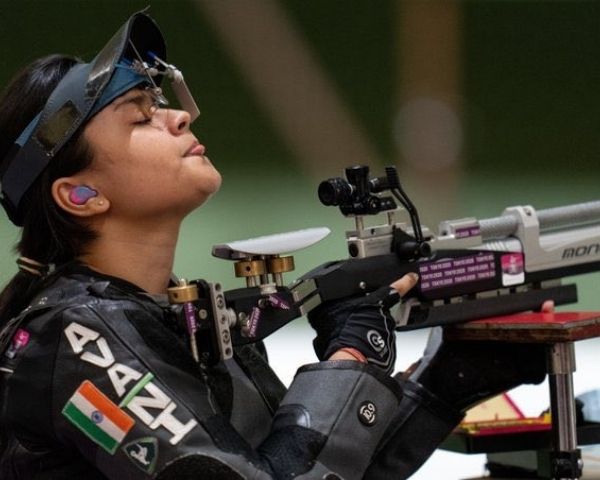 India has had its best Paralympic performance ever in just 60 minutes, winning four medals, including the first gold.

With 249.6 in the 10m Air Rifle SH1 category, Avani Lekhara broke eight records to become the first female Indian Paralympian to win gold in para shooting. Just 19 years old, Lekhara is also the youngest ever medalist at the Paralympics or Olympics from India.

Among the first to congratulate Lekhara was her idol, veteran shooter, and Olympian Abhinav Bindra. Bindra won gold in the 2008 Beijing Olympics.

Gold it is! Brilliant display by @AvaniLekhara to win India its first Paralympic gold medal in shooting. Immensely proud ! Many Congratulations on your shot at history ! #Praise4Para #Tokyo2020

The second medal of the day went to Yogesh Kathuniya, who won a silver in the men’s discus throw (F56) event with a throw of 44.38m in the final. Devendra Jhajharia and Sunder Singh Gurjar followed with silver and bronze medals respectively in the men’s javelin throw F46 event. This is Jhajharia’s third medal in the Paralympics.

Prime Minister Narendra Modi spoke to Lekhara and congratulated her on her victory.