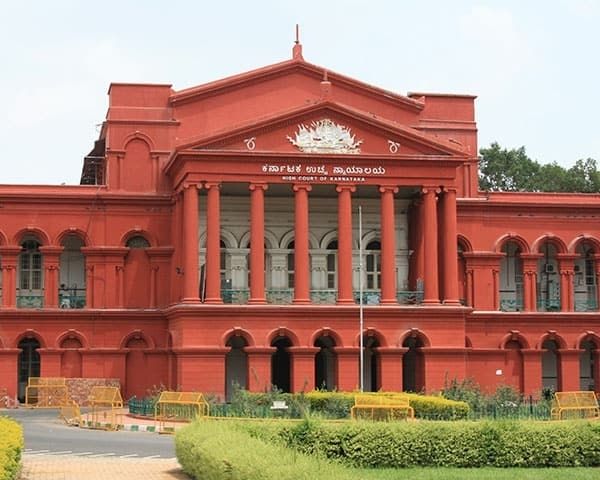 After Karnataka Federation for the Blind filed a petition in the Karnataka high court, judges have asked state government to reconsider decision for making it compulsory for blind employees to report for duty during Covid times. Members from the community are eagerly awaiting to hear what the state has to say regarding this since commuting to work when the pandemic is still on is indeed dangerous.

One of the worst affected communities during the Covid pandemic is undoubtedly India’s disabled community. Many were left without jobs and are struggling to make ends meet. As work places have resumed, people with disabilities find it extremely hard to commute to work in public transport as they are prone to the virus, especially since they use assistive devices. Last week, Karnataka High court directed the state government to reconsider its decision for making it mandatory for government employees, especially visually impaired, to report for duty during these unprecedented Covid times. Blind and visually impaired people in Karnataka are awaiting final decision of state government.

As per the circular dated on 18 May, Karnataka government directed all its employees to report for work from Groups A, B, C and D with 100 percent capacity.

The bench of justices Abhay Shreeniwas Oka and Vishwajith Shetty were hearing a petition filed by the Karnataka Federation of the Blind (KFB). Senior advocate Jayna Kothari who appeared for KFB said in court that blind employees need support since they are highly prone to having physical contact with others. Right from travelling in buses, autos or metros, people with visual impairment needs to touch and feel which makes them infected by Covid in no time.

In the ‘disability inclusive guidelines’ released on 27 March by Department of Empowerment of Persons with Disabilities (DEPwD) to curb spread of virus, it states that people with visual impairment or other disabilities in both public and private sectors must be exempted from work. In another memorandum released by government of India on 28 March, it states that exempted time of absence from work for disabled employees could be considered as a special leave without loss of pay.

The plea by KFB states that some employees take personal leaves since they are unable to attend work during Covid times.

Most of them, while using public transport to work, are unable to maintain social distancing as they need to touch and feel. Co-workers are not willing to help them in order to maintain physical distance. These are some of the main hurdles faced by visually impaired people. State decision to ask disabled community to be present for work is against Section 8 (Protection and Safety) of the RPWD Act, 2016 as well as to Articles 14 and 21 of the Constitution.

Shekhar Naik, Karnataka’s former blind cricketer who works in a private firm has to travel for more than five hours (to and fro) for work in Bengaluru.

“Due to lockdown, I was working from home till September and then resumed work. Needless to say, it is better to work from home during this pandemic. 99 percent of visually impaired people touch and feel to understand things. Most of them use public transport to commute to work. If you point out all that to private companies they wouldn’t be Ok with it. They would rather have you quit the job if you want to sit at home and work. I feel it is much easier if you have a government job. I face many difficulties commuting to work during these times”, says Naik.

Chandrakant, another visually impaired person from Bengaluru works in a private firm. He prefers working from inside his office and not from home.

“When you work from home, you must keep bothering your colleagues, like call them and ask how to do things. Not everyone would appreciate it. At office, you can take direct assistance. I take a bus to office and I know that there are risks to it”, he says.

Karnataka’s visually impaired community are eagerly awaiting to hear what the state has to reply to court’s order which was heard last week. Many say that this must be extended to people with other disabilities too and not just for the visually impaired. According to reports, next hearing for the case is likely on 14 or 15 December.